TOKYO - The team’s outfits looked similar to the others in the room as the arena lights gleamed off crystals crisscrossing their chests and down their crimson and white sleeves.

But the German gymnastics team’s new Olympic suits didn’t stop at their hips.

For decades, female gymnasts have worn bikini-cut leotards. In qualifying on Sunday, however, the German team instead wore unitards that stretched to their ankles, intending to push back against sexualization of women in gymnastics.

The Tokyo Olympics are the first Summer Games since Larry Nassar, a former USA Gymnastics national team doctor, was sent to prison for 176 years for sexually abusing hundreds of gymnasts, including some of the sport's greatest stars. At his sentencing, athletes — some of them Olympians — described how the sport’s culture allowed for abuse and objectification of young women and girls. 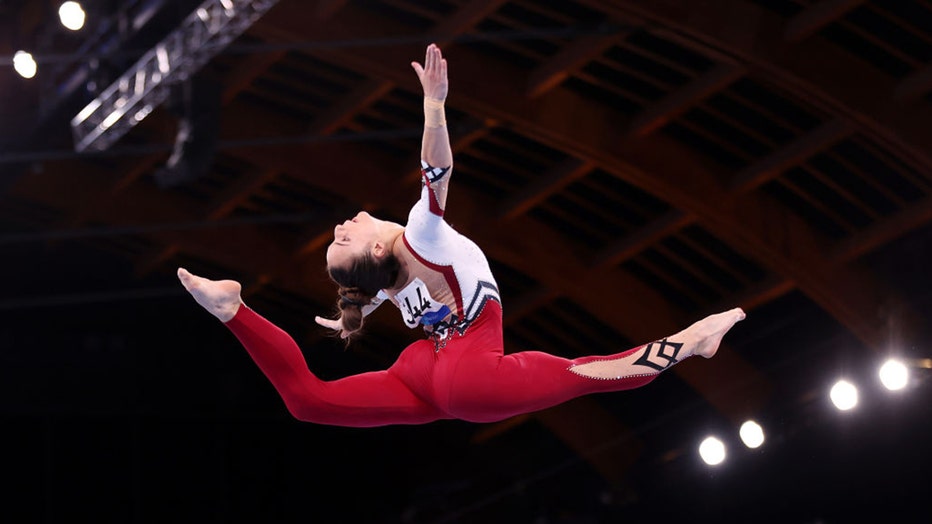 FILE - Pauline Schaefer-Betz of Team Germany competes on balance beam during Women's Qualification on day two of the Tokyo 2020 Olympic Games at Ariake Gymnastics Centre on July 25, 2021 in Tokyo, Japan.

Sarah Voss, a 21-year-old German, said they weren't sure they would decide to wear them again during Olympic competition until they got together before the meet.

"We sat together today and said, OK, we want to have a big competition," Voss said. "We want to feel amazing, we want to show everyone that we look amazing."

Their wardrobe revolution, while widely championed, has not so far started a trend. Leotards that leave the legs bare were worn by every other female gymnast during qualifying at the Tokyo Games. 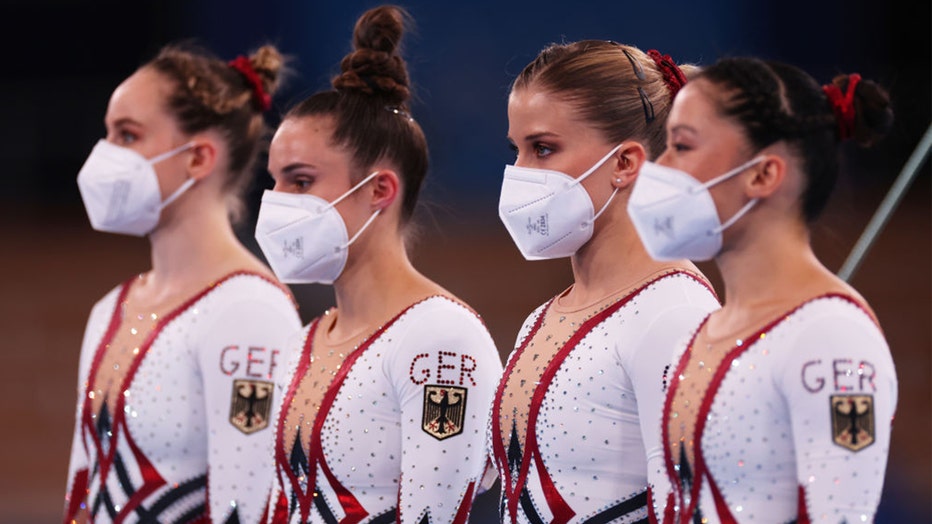 At 4-foot-8, American superstar Simone Biles said in June that she prefers leotards because they lengthen the leg and make her appear taller.

"But I stand with their decision to wear whatever they please and whatever makes them feel comfortable," Biles said. "So if anyone out there wants to wear a unitard or leotard, it’s totally up to you."

Matt Cowan, the chief commercial officer for GK Elite, the U.S.’ premier leotard manufacturer, said most requests for unitards now come from countries the require modesty for cultural and religious reasons. They have otherwise seen no rush toward catsuits. 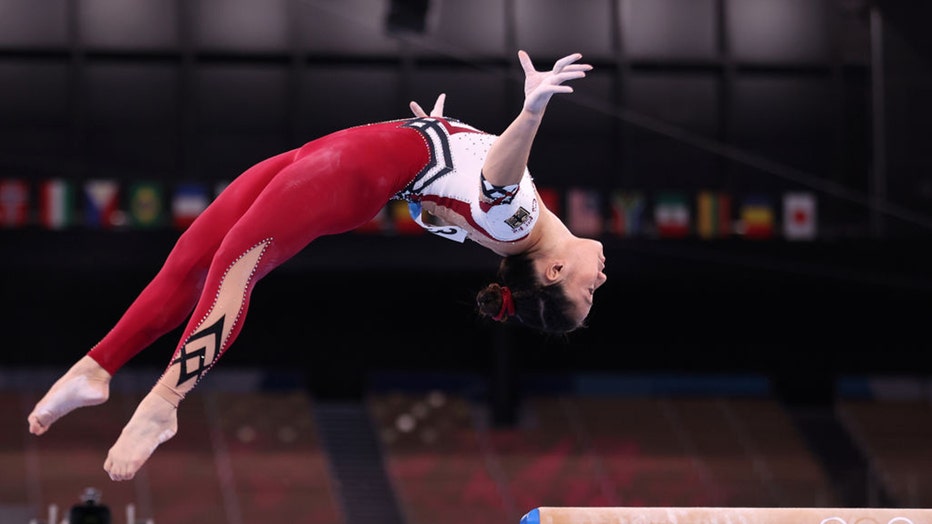 "Would we do it? Absolutely. We have the capabilities of designing it and doing it, and we have done it," Cowan said. "But from a consumer demand perspective, we are not there yet."

Gymnastics is often viewed as a sport best performed by very young women and girls. Biles, at 24, often jokes about being old; she recently called herself a grandma on social media. 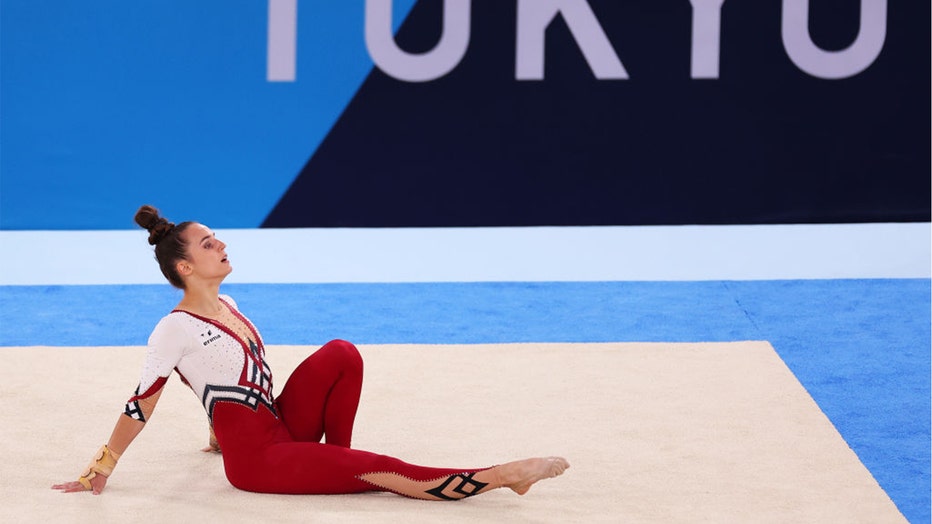 But other nations have defied that emphasis on youth, including the Germans: Elisabeth Seitz is 27, Kim Bui is 32, Pauline Schafer is 24, and Voss is 21. Their average age of 26. Voss said that gymnastics customs should leave room for female bodies as they age and change.

Their outfits comply with the wardrobe rules of the International Gymnastics Federation. But that doesn’t mean female athletes are generally free to cover their bodies as they choose.

Just days before the Games began, the Norwegian women’s beach handball team refused to play in bikini bottoms during European tournaments, opting instead for skin-tight shorts. For that, they received a fine for violating a wardrobe requirement.

But at gymnastics qualifying Sunday, the announcer over the loudspeaker called the outfits "very nice indeed." The German team did not qualify for finals, but the announcer pondered if their team debut on the Olympic stage might increase unitards' popularity.

This story has been corrected to show the Norwegian beach handball team, not the beach volleyball team, refused to play in bikini bottoms.

AP Sports Writer Will Graves contributed to this report.