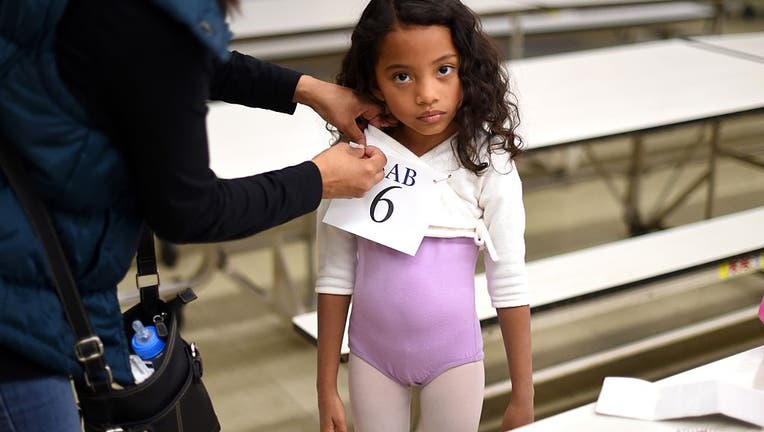 FILE When she was six-years-old, ballet dancer Charlotte Nebres prepared for auditioning as boys and girls ages 6 to 7 tried out for The School of American Ballet Winter Term at the P.S. 124 Yung Wing school in New York's Chinatown on April 16, 2015.

NEW YORK - The New York City Ballet’s production of “The Nutcracker” has cast a black dancer to play Marie for the first time.

The New York Times reports Charlotte Nebres will star in this year’s rendition of the company’s production, which started in 1954.

Nebres will be joined by a diverse group of young leads.

"To me, it just feels like when I dance I feel free and I feel empowered. "

Nebres’ Prince, Tanner Quirk, is half-Chinese. Sophia Thomopoulos, who will also play Marie, is half-Korean, half-Greek. Sophia’s Prince will be played by Kai Misra-Stone, who is half-South Asian.