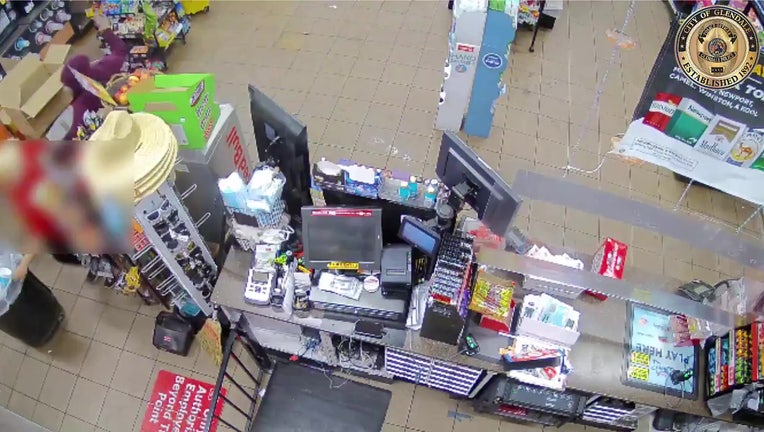 According to Glendale Police, the suspect (on the left hand side of the screenshot) was hitting a store clerk in the head with a piece of brick or rock

GLENDALE, Ariz. - Officials with the Glendale Police Department are asking for the public's help, as they search for a suspect in connection with a brutal store robbery that happened on the night of Jan. 12.

According to a tweet posted to the department's Twitter page, the incident happened near the area of 51st Avenue and Glendale.

"The suspect entered the store and struck the clerk in the head with a brick or rock," read a portion of the tweet. 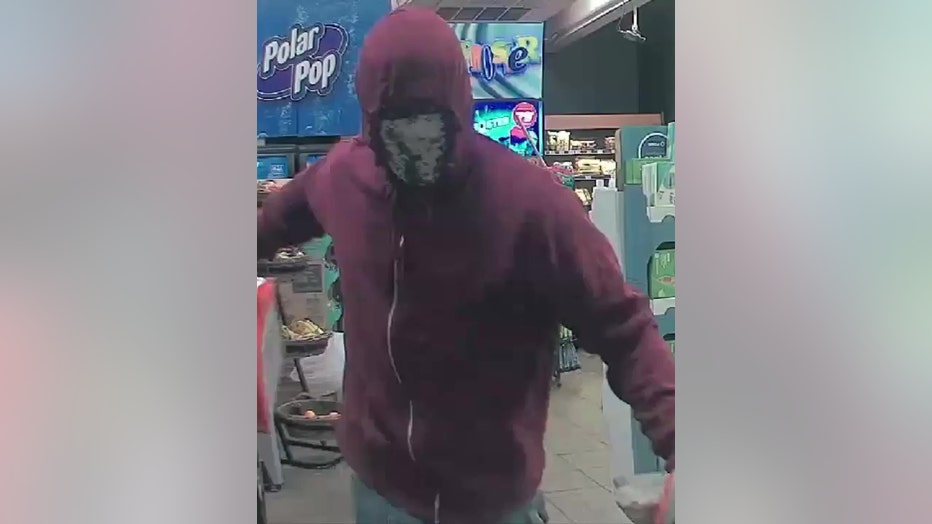 The suspect, investigators say, took money and cigarettes, and then tried to drag the store clerk into the bathroom. The suspect is described as being around 30 years old, and between 5'7" to 5'9" tall.

In the video, the suspect was seen wearing a maroon hoodie with a green-colored shirt underneath, as well as pants or jeans that are blue in color. The suspect was wearing a face covering at the time of the robbery.