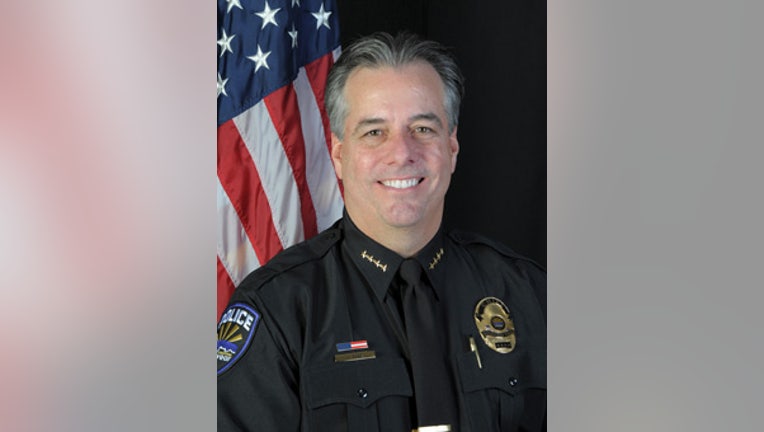 GOODYEAR, Ariz. - Officials with the City of Goodyear announce Friday that the city's police chief has been fired.

According to a statement, Jerry Geier was placed on administrative leave on October 7 following allegations of misconduct. and was terminated from his police chief position on Friday.

Officials said external investigators have recently concluded a review of Geier that began shortly after he was placed on administrative leave, and determined that Geier had committed administrative policy violations that are non-criminal and non-financial in nature.

Since terminated employees have a right to an appeals process, city officials said that details of the original allegations, as well as the investigation and its findings will not be available until an appeals process is concluded.

Geier was hired as the police chief on January 9, 2012. City officials say Santiago Rodriguez will continue to serve as the Acting Police Chief until further notice.