American soccer journalist Grant Wahl has died while covering the World Cup in Qatar. His brother, Eric Wahl, claims the journalist may have been killed.

American soccer journalist Grant Wahl has died while covering the World Cup in Qatar. Wahl was 49.

Wahl, whose death was confirmed by U.S. Soccer's social media pages Friday, had tweeted updates on the soccer tournament as recent as 1:05 p.m. PT.

The cause of Wahl's death has not been announced as of Friday night.

Before taking down the video, Wahl's brother Eric took to social media to suspect foul play. 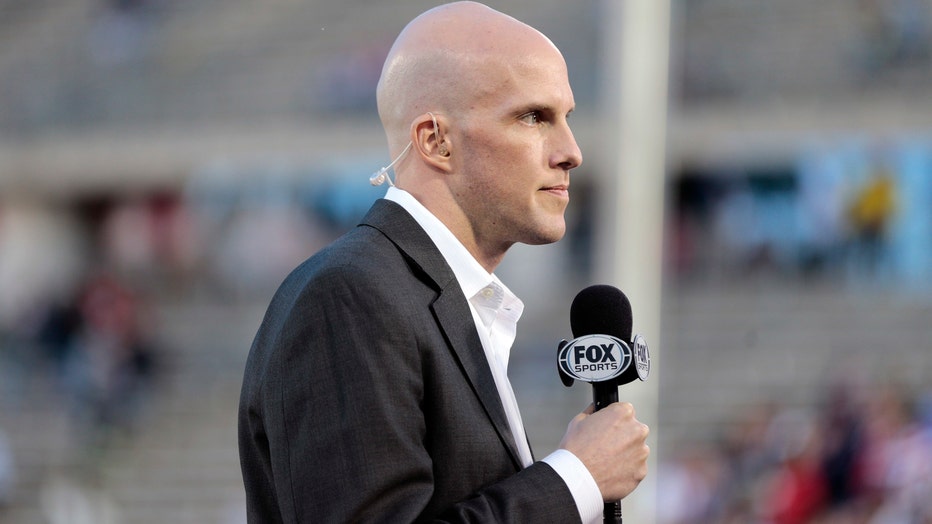 Eric Wahl, who lives in Seattle, said his brother was healthy but was receiving death threats.

"I do not believe my brother just died," Eric Wahl said in a now-deleted social media video. "I believe he was killed."

On his soccer news page, Grant Wahl had revealed he was not feeling well and elected to get medical care in Qatar earlier in the week.

"My body finally broke down on me," Grant Wahl said on his website Monday. "Three weeks of little sleep, high stress and lots of work can do that to you. What had been a cold over the last 10 days turned into something more severe on the night of the USA-Netherlands game, and I could feel my upper chest take on a new level of pressure and discomfort."

Grant Wahl said he had tested negative for COVID-19 when he received the medical attention. However, the symptoms were bad enough to a point where he was supplied a "course of" antibiotics and heavy-duty cough syrup, the journalist said on his website.

Prior to Grant Wahl's death, the reporter had also posted on his website that he was being detained in Qatar back in late November for wearing a rainbow t-shirt. Eric Wahl said in the deleted social media video that he was the reason his brother wore the rainbow t-shirt.

Grant Wahl is survived by his wife, Céline Gounder, who said on social media that she is in complete shock.

"I am so thankful for the support of my husband [Grant Wahl]'s soccer family [and] of so many friends who reached out tonight," she said on social media.

"We are shocked, saddened and heartbroken over the tragic passing of Grant Wahl. He was a kind and caring person whose passion for soccer and dedication to journalism were immeasurable. Grant was an important member of the soccer community for more than two decades, and he will be deeply missed. Our heartfelt condolences are with his wife Celine, his family and loved ones."

Here in Los Angeles County, the LA Galaxy lit a candle next to a printed photo of Wahl at Dignity Health Sports Park in Carson:

"The LA Galaxy mourn the loss of deeply respected American soccer journalist Grant Wahl. Our thoughts are with his family and friends in this trying time," the Galaxy said in a social media post.

The 2022 MLS Cup champs LAFC also issued a statement in response to the journalist's death.

"LAFC is shocked and saddened by the passing of legendary soccer journalist Grant Wahl. The global soccer community and journalism lost a giant. There was no one like him. Our thoughts and condolences are with his family," the team said on social media.

Los Angeles Lakers star LeBron James remembers Grant Wahl during his time with Sports Illustrated. Wahl did a feature profile on James with an SI magazine cover that read, "The Chosen One" long before the latter would go on to get drafted first in the summer of 2003.

"I'm very fond of Grant," James said. "Having that cover shoot, me being a teenager and him covering that, it was a pretty cool thing… It's a tragic loss. It's unfortunate to lose someone as great as he was, and I wish his family the best."

Before launching his own website and his stint with Sports Illustrated, Wahl had previously worked for FOX Sports and CBS Sports.