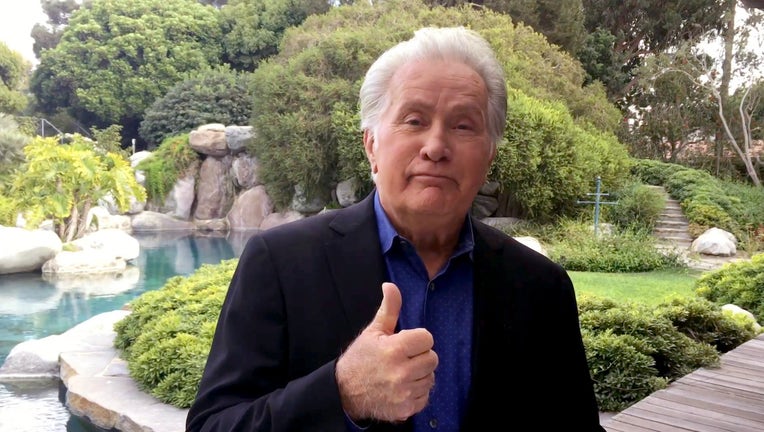 CHICAGO - It’s time to wish a happy birthday to the driving force behind one of America’s most notable fictional presidents. Martin Sheen, perhaps best known for playing President Josiah Bartlet on Aaron Sorkin’s long-running drama "The West Wing," turns 81 on Aug. 3. Why not celebrate with a free flick?

Born Ramón Antonio Gerardo Estévez in Dayton, Ohio, Sheen has enjoyed a long and celebrated career on stage — he made his Broadway debut in the short-lived play "Never Live Over a Pretzel Factory" in 1964 — as well as on both the large and small screens.

Though Jed Bartlet may be the television role that earned Sheen a slew of Emmy nominations, it’s far from his only TV credit. In the early 1960s, Sheen appeared on the long-running soap opera "As the World Turns."

Though he never won for "The West Wing," he did tote home a trophy for Guest Actor in a Comedy Series in 1994 for an appearance on "Murphy Brown." More recently, he appeared with fellow acting legends Lily Tomlin, Jane Fonda and Sam Waterston on Netflix’s "Grace and Frankie."

But not all the films in which he appears are quite so well known. Celebrate Sheen’s birthday with a new-to-you title, streaming for free on Tubi.

The Final Countdown (1980): This one’s a war movie with a time-travel twist: "America's most powerful nuclear-run aircraft carrier is transported back in time to December 6, 1941, hours prior to the attack on Pearl Harbor." Sheen stars alongside the late Kirk Douglas. (A bonus: this vintage trailer includes a healthy dose of "dramatic trailer voice.")

When the Bough Breaks (1994): A tense 1994 crime thriller that sees a Captain Swaggert (Sheen) seeking a serial killer who’s leaving behind severed hands, eventually with with help of a criminal profiler (Ally Walker) and a young boy mysteriously linked to the crimes. Ron Perlman also stars.

Judgment in Berlin (1988): Sheen plays an American judge who must decide of the hijacking of a plane is justified by the extraordinary circumstances in which it was perpetrated, as the three East Berliners who committed the crime did so to escape Cold War-era East Germany. Sean Penn also appears in this drama, directed by his father, Leo Penn.

Stella Days (2011): Irish filmmaker Thaddeus O'Sullivan directs Sheen in this independent drama, which is based on the true story of the creation of a small-town movie theater in rural Ireland.

The Maid (1991): Sheen shows off his considerable comedic chops (also often on display in "The West Wing") in this comedy of romantic intrigue. Jacqueline Bisset also stars.