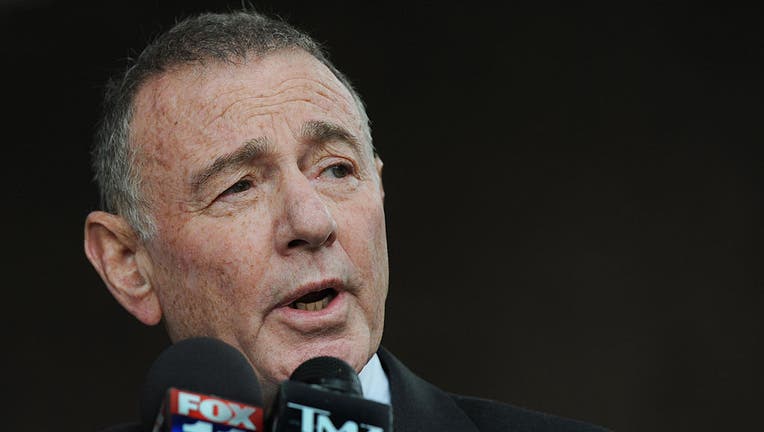 Lawyer Howard Weitzman speaks to the media after a probate hearing for Michael Jackson's estate at the Superior Court in Los Angeles on August 21, 2009. Michael Jackson's family has announced that its final farewell to the late "King of Pop" will be

Weitzman represented Simpson until shortly after the football legend was arrested in connection with the killings of his ex-wife and her friend, Ron Goldman. Weitzman claimed to have introduced Simpson to members of the "Dream Team," including Johnnie Cochran, before removing himself from the case.

He also helped the co-executors of Michael Jackson's estate after the pop superstar died in 2009.

"It's been a real roller coaster ride," he told The Hollywood Reporter in 2010. "Not a week goes by where something strange doesn't happen. There are consistent claims by people claiming to be Michael's wife or child."

In addition to his high-profile entertainment industry clients, Weitzman represented automaker John DeLorean  a 1984 narcotics trial. Despite DeLorean being caught with a suitcase filled with cocaine, Weitzman was able  get an acquittal for DeLorean.

Despite his high-profile cases and clients, Weitzman once told an interviewer he was not a fan of cameras in courtrooms, believing their presence change how everyone involved in cases acts, and that they can taint a jury, The Hollywood Reporter said.

Weitzman, a 1965 graduate of the University of Southern California Law Center, was a two-time recipient of the Jerry Geisler Memorial Award for outstanding trial work in Los Angeles, The Hollywood Reporter said.

Weitzman is also survived by his wife Margaret and a second son, Armen.