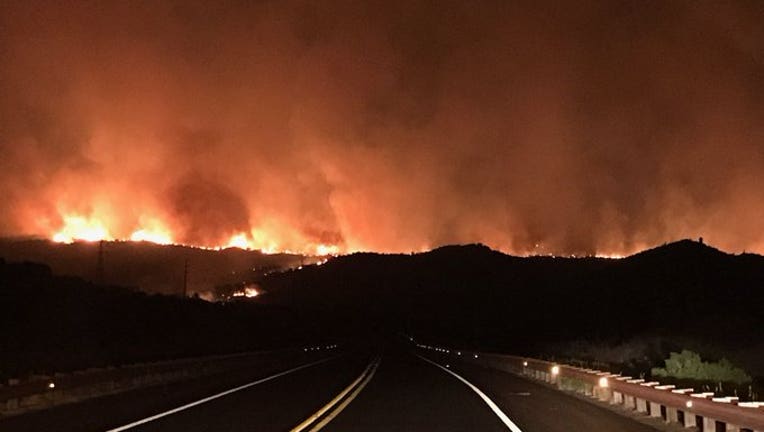 A 57-mile (92-kilometer) stretch of U.S. 60 was closed northeast of Globe on Thursday August 20 because one of the fires had crossed the highway.

The Arizona Department of Transportation said the highway reopened on Sunday, Aug. 23.

Sections of State Routes 188 and 288 north of Globe also remained closed, although they have since reopened.

Fire crews were battling three large fires burning in the area, including one that prompted an evacuation advisory for the rural community of Wheatfields north of Globe.

Together, the fires had burned nearly 50 square miles (130 square kilometers) with zero containment as of Aug. 22, fire officials reported.

Fire managers used aircraft and burnout operations as they worked to keep the fire from reaching Wheatfields.

Monsoon season typically eases fires in Arizona, but not this year

The Salt Fire has burned about 2,000 acres two miles east of the intersection of State Routes 188 and 288 near Roosevelt Lake. The wildfire is zero percent contained.