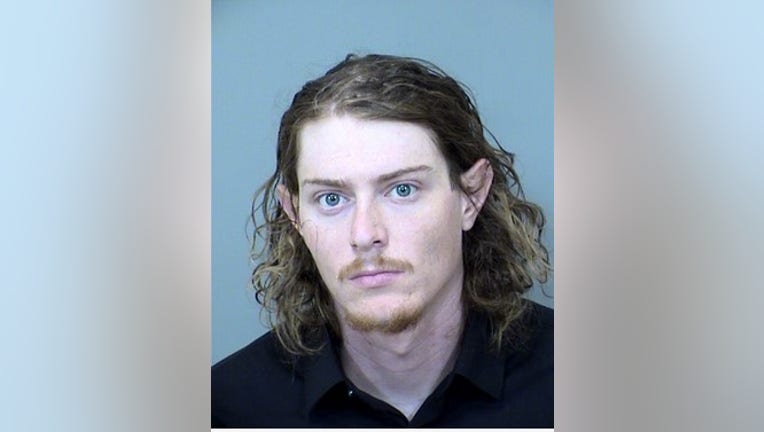 PHOENIX - The search for a motorcycle stolen in Tempe ended with gunfire in downtown Phoenix on Monday.

Phoenix police say the owner of the motorcycle made several Facebook posts asking for help to find his stolen bike when someone reported seeing it near 9th Street and Roosevelt on Feb. 1.

A friend of the owner, Cole Versteegh, reportedly went to the area and confronted a man sitting on the motorcycle, officers say.

The man claimed he bought it from someone and had a screwdriver with him.

Police say Versteegh shot and wounded the other man, sending him to the hospital.

"The subject had a screwdriver in his hand and then he put his hand in a bag, so [Versteegh said he] shot the victim in self-defense," court documents read.

A witness who saw the shooting said she saw the two argue before the victim started driving away. She said she witnessed him shoot him in the back several times.

Versteegth told police that the victim had started the motorcycle with the screwdriver and began braking and driving around him. The man reportedly reached for something in his waistband when he was shot, court documents said.