PHOENIX - You may have seen them, and most likely heard them.

Fireworks, all across the Valley, were set off to ring in the New Year.

Some are legal in Arizona, but others are not, like the ones that shoot into the air. However, that didn't stop many people from setting them off anyway.

We caught up with some upset neighbors, as well as an attorney to learn more about what the legalities are surrounding this way of celebrating the new year.

Rebeca Carvajal said, "It was just too loud to have my kids be able to sleep." They live near 28th Street and Osborn Road.

She says her little children were up all night because of them.

"I have a one and a two-year-old," Carvajal said. "They are light sleepers, so they can’t sleep through that."

On Facebook, FOX 10 asked people to weigh in on their experience on New Year's Eve.

"I still heard them until 3:45," Christine Hammers said. Another viewer says she still heard fireworks when she woke up at 8 a.m.

A photo captured in north Phoenix by Linda Santana shows the city captured in a fog-like post-fireworks haze. 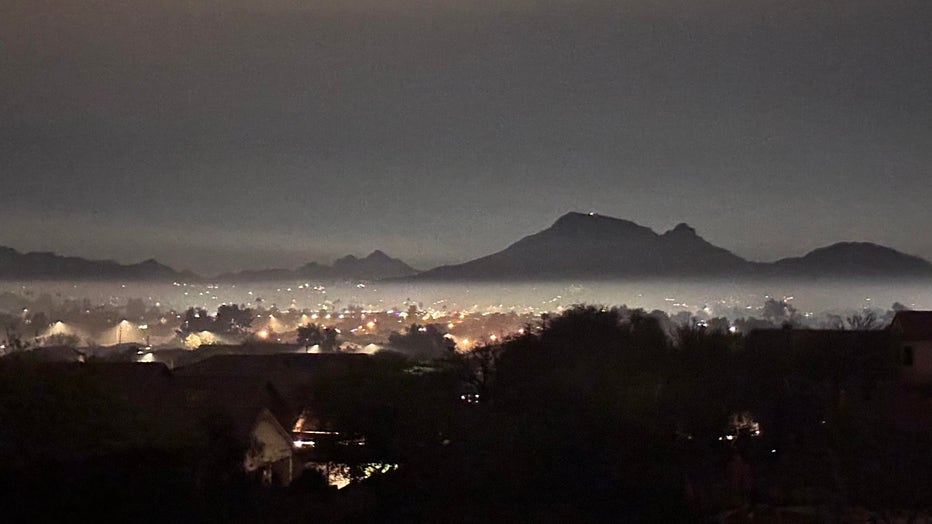 FOX 10 viewer Jordan Montanez sent in drone footage taken in Maryvale of all the fireworks that went off at midnight.

Dozens, maybe hundreds, of fireworks were set off into the air in Phoenix late Saturday and into Sunday morning to celebrate the new year, and neighbors aren't too happy about being kept up. Jordan Montanez sent in drone footage taken in Maryvale of all the fireworks that went off at midnight.

While some were having some legal fun, others were illegal, leading many to wonder why so many were seen.

"Anybody who is shooting fireworks up in the air, that is totally illegal in the state of Arizona," says attorney Ben Taylor.

However, Taylor says it’s a very difficult law to enforce.

Matt Pace, a meteorologist at Arizona Department of Environmental Quality, tweeted about the amount of smoke in the air following the fireworks. 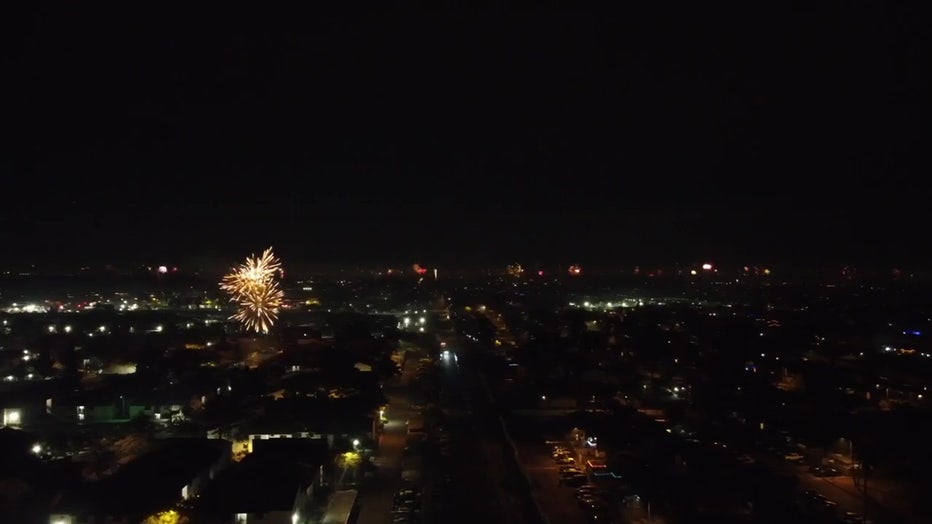