When the winner of the best comedy series Emmy Award is announced Sunday, odds are good that a woman will be giving the acceptance speech.

LOS ANGELES (AP) - When the winner of the best comedy series Emmy Award is announced Sunday, odds are good that a woman will be giving the acceptance speech.

An unprecedented number of the seven nominated comedies are from female creators: defending champion "The Marvelous Mrs. Maisel," ''Fleabag" and "Russian Doll." Count in "Veep," with Julia Louis-Dreyfus both its star and an executive producer, and women are ruling the comedy party.

There have been other peaks for female-led shows, most notably in the mid-1980s and '90s when hitmakers included Susan Harris ("The Golden Girls"), Diane English ("Murphy Brown") and Linda Bloodworth-Thomason ("Designing Women"). Roseanne Barr ("Roseanne") and Marta Kauffman ("Friends") were a critical part of the comedies they co-created with men.

The notion that men are the funny sex is a stubborn one. Christopher Hitchens, the late writer and intellectual provocateur, devoted a 2007 Vanity Fair essay, "Why Women Aren't Funny," to the topic. Then a media growth spurt forced an attitude adjustment, at least by the entertainment industry.

The addition of streaming services to cable and broadcasting generated a "desperate need for content," said Amy Sherman-Palladino, who created Amazon's "Mrs. Maisel" and produces it with husband Daniel Palladino. "Whether or not they wanted to keep it a boys' club or not, it makes it impossible."

That's especially true given the worldwide reach of streaming services and cable channels, she said. 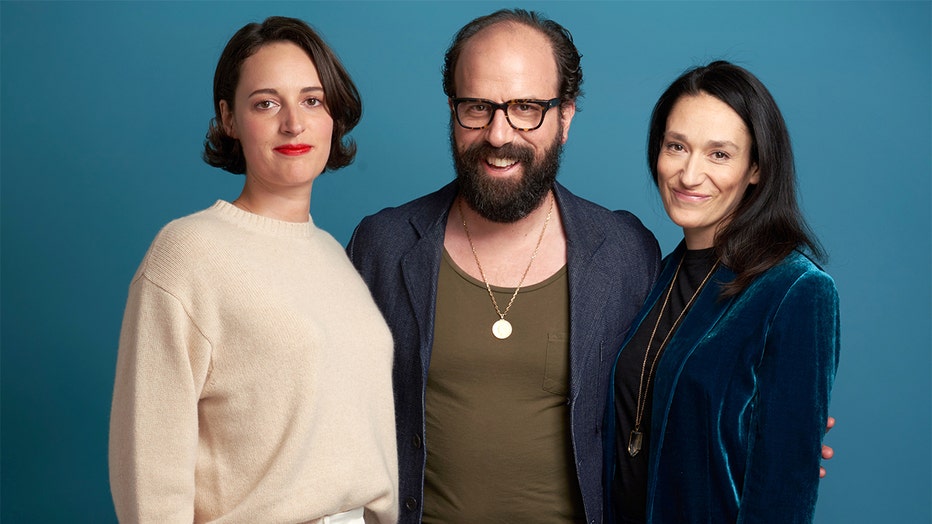 "You need different people to tell those stories, because suddenly, you're not just pitching to one demographic. If you want to go global, you gotta go global," Sherman-Palladino said. "And I don't know if you've noticed, but there's a lot of women in the world."

Leslye Headland, co-creator of Netflix's "Russian Doll" with its star, Natasha Lyonne, and Amy Poehler, said creative opportunities for women are both expanding and improving.

"It's a completely different world than when I was pitching" a network pilot just a few years ago, Headland said, with the expectation the main female character would be appealing and not overly complex. "Now it feels like you're going into projects thinking, 'How much more challenging and exciting can we make this?'"

The Emmy-nominated comedies are an indication of progress for women, not outliers. Women are getting more behind-the-camera TV work on comedies than dramas, according to new research from the Center for the Study of Women in Television and Film at San Diego State University . Women represented 32 percent of the creators of comedy shows on broadcast, cable, and streaming platforms in 2018-19, compared to 22 percent for dramas, the study found, while 42 percent of comedy producers were female vs. 38 percent for dramas.

"These numbers are interesting within the larger context of women and the history of comedy," said professor Martha M. Lauzen, the center's executive director, citing skeptics Hitchens and the late Jerry Lewis, who in 2000 declared that a woman doing comedy "sets me back a bit. ... I think of her as a producing machine that brings babies in the world." Tina Fey offered several retorts in her 2011 memoir "Bossypants," Lauzen said, including: "It is an impressively arrogant move to conclude that just because you don't like something, it is empirically not good."

And this stinger from the book: "We don't (expletive) care if you like it."

Fey, who created and produced of "30 Rock," and fellow "Saturday Night Live" alum Poehler are among the 21st century trailblazers. Fey also co-created (with Robert Carlock) and produced "The Unbreakable Kimmy Schmidt," one of 2018's trio of Emmy-nominated comedies from women that included "Mrs. Maisel" and "GLOW," created by Liz Flahive and Carly Mensch.

Women were more than ready for their close-up when the marketplace relented, said Rachel Bloom, star and co-creator (with Aline Brosh McKenna) of CW's musical comedy "Crazy Ex-Girlfriend" and a winner at last weekend's creative arts Emmys as co-writer of the song "Anti-Depressants Are So Not a Big Deal."

Bloom's popular online videos led to her partnership with Brosh McKenna on "Crazy Ex-Girlfriend." ''Fleabag" creator and star Phoebe Waller-Bridge originated her dark comedy about a troubled soul on the British stage. Headland also is a playwright.

The question is whether the door remains open, or opens wider to include more women of color in the largely white-dominated comedy field (with Issa Rae's "Insecure" and Robin Thede's new "A Black Lady Sketch Show" among the rare exceptions).

"I feel like our show, sadly, wouldn't have been made a handful of years ago," said Anna Konkle, co-creator of "PEN15," a coming-of-age comedy about two middle-school girls. "We started writing it seven years ago, and it took probably five years to get made. So, I think it's a moment that I hope lasts forever, and keeps growing."