Who qualifies for student loan forgiveness under the latest changes?

WASHINGTON - Students who used federal loans to attend ITT Technical Institute as far back as 2005 will automatically get that debt canceled after authorities found "widespread and pervasive misrepresentations" at the defunct for-profit college chain, the Biden administration announced Tuesday.

The action will cancel $3.9 billion in federal student debt for 208,000 borrowers, the Education Department said. The debt is being forgiven using a federal rule known as borrower defense, which is meant to protect students from colleges that make false advertising claims or otherwise commit fraud.

"The evidence shows that for years, ITT’s leaders intentionally misled students about the quality of their programs in order to profit off federal student loan programs, with no regard for the hardship this would cause," Education Secretary Miguel Cardona said.

President Joe Biden supported debt cancellation as a presidential candidate and for months has been considering erasing up to $10,000 per borrower. He recently promised a decision by the end of August, but Tuesday's announcement cast no new light on his thinking.

Through targeted cancellation for specific groups of borrowers, the administration says it has now approved nearly $32 billion in student debt for 1.6 million borrowers.

The new policy will automatically cancel any remaining federal student debt that was used to attend ITT Tech from Jan. 1, 2005, through its closure in 2016.

At its height, ITT was among the largest for-profit college chains in the nation, with 130 campuses across 38 states. The company abruptly shut down after facing heavy sanctions from the Education Department amid accusations that the company pushed students into risky loans and misled them about the quality of academic programs. 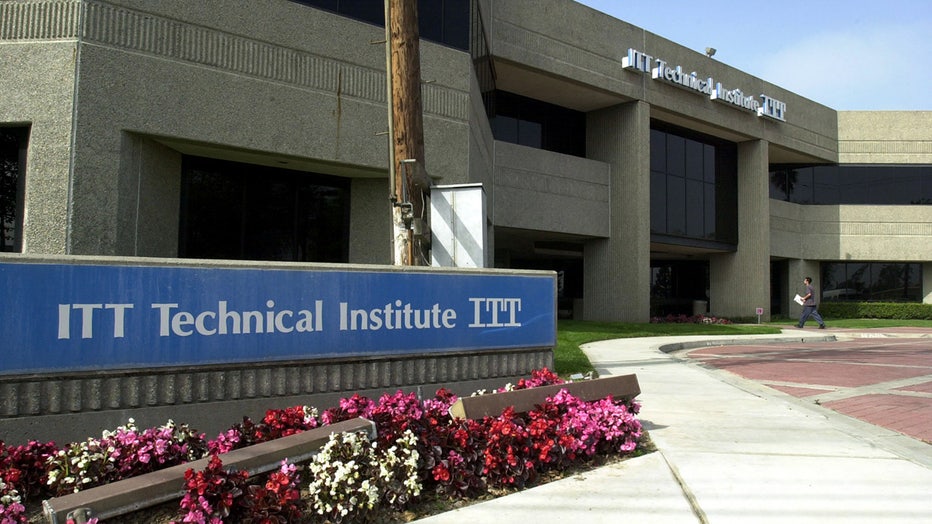 The Education Department has previously approved the cancellation of $1.9 billion in debt held by former ITT Tech students, largely for students who applied for relief saying they were misled by the company. The new policy will not require borrowers to apply for relief.

Federal officials based the decision on findings from many state attorneys general, along with the Consumer Financial Protection Bureau and the nonprofit Veterans Education Success.

Investigators found widespread evidence that ITT Tech made false claims about the ability of its students to find jobs after graduating, the agency said. They also found that the chain misled students about their ability to get credits transferred to other schools, and about the accreditation of the chain's nursing program.

"ITT defrauded hundreds of thousands of students," said Richard Cordray, chief of Federal Student Aid, the federal office that oversees student loans. "By delivering the loan relief students deserve, we are giving them the opportunity to resume their educational journey without the unfair burden of student debt they are carrying from a dishonest institution."

PREVIOUS: Student loan borrowers begin to receive $2B worth of forgiveness under PSLF waiver

The decision drew applause from groups that represent students.

"This is a life-changing announcement for thousands of people who only wanted to improve their lives and trusted the wrong people to help them do it," said Libby Webster, senior counsel of the nonprofit Student Defense.

Tasha Berkhalter enrolled at ITT Tech in 2006 to pursue a career in criminal justice after being honorably discharged from the Army. Recruiters promised she would easily find a job after graduating. But after earning her bachelor's, no one would hire her.

"It was all for a degree that no one takes seriously. Whenever I told employers where I attended college, I was shown the door," said Berkhalter, of Lima, Ohio.

Berkhalter previously got much of her nearly $100,000 in debt erased through the borrower defense rule, and said she expects more to be canceled soon.

"The cloud has been removed from over my head," she said. "I know there are hundreds of thousands of former students like myself who are finally getting the relief they deserve."

In a separate action, the Education Department began a process to recoup $24 million from DeVry University to make up for loan cancellations approved by the federal government because of alleged fraud.

In February, the Biden administration approved $70 million in relief for 1,800 former DeVry students after the Education Department concluded that the school lied about the success of its graduates in order to get new students to enroll. It was the first time the agency approved such claims for an institution that’s still in operation.

DeVry will now get the chance to submit arguments explaining why it should not be held liable. DeVry officials are reviewing the department's notice, spokesperson Hessy Fernandez said. She emphasized that the school has changed ownership and leadership since the time of the allegations.

"We continue to believe the department mischaracterizes DeVry’s calculation and disclosure of graduate outcomes in certain advertising, and we do not agree with the conclusions they have reached," Fernandez said.