Joe Clark, principal who inspired the film Lean on Me, dies at 82

Joe Clark, the high school principal who inspired the 1989 movie Lean on Me, passed away on Dec. 29 at the age of 82.

Clark died in his Florida home surrounded by his family after a long battle with an unspecified illness.

As principal of the crime- and drug-ridden Eastside High School in Paterson, N.J., Clark famously roamed the hallways with a bullhorn and a bat to keep students in line. His unique methods and "tough love" attitude placed Clark in the national spotlight, earning him both supporters and critics. 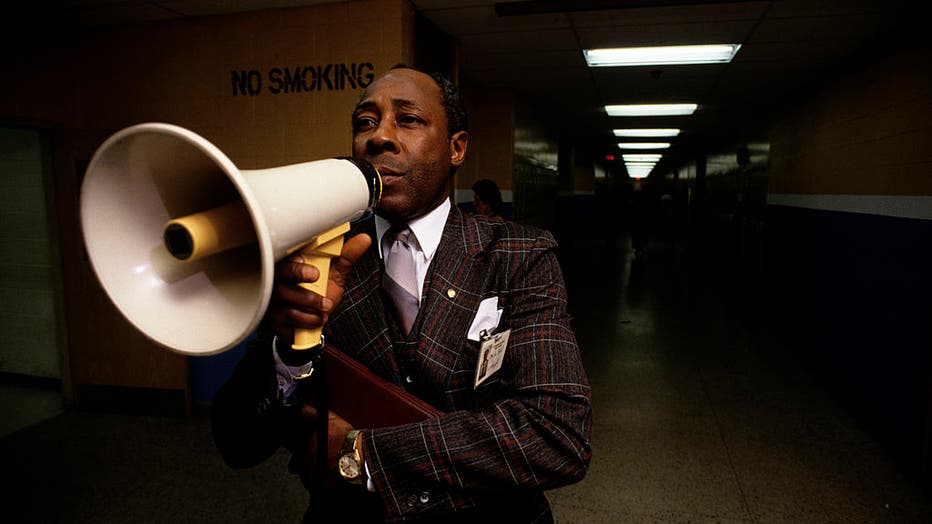 PATERSON, NJ - FEBRUARY 1988: Joe Clark, principal of Eastside High School in Patterson, New Jersey, poses for a photo in the school hallways in February of 1988 in Paterson New Jersey. Eastside High is crawling with juvenile thugs, drugs, grafiti, a

"This is a sad day for our city. Joe Clark spoke strongly and carried a big stick. My condolences to his family, students, and everyone he inspired. May he rest in peace. #LeanOnMe" wrote Paterson Mayor André Sayegh on Facebook.

Clark was portrayed by actor Morgan Freeman in "Lean on Me," which was loosely based on Clark's tenure at Eastside. During that time, Clark expelled 300 students for drug possession, vandalism and fighting, while challenging those that remained to perform better.

He explained that his decision to hold a bat was a symbol of choice: a student could either strike out or hit a home run.

Clark was born in Rochelle, Ga., on May 8, 1938, before his family moved north to Newark, N.J., when he was 6 years old. After graduating from Newark Central High School, Clark earned a bachelor's degree from William Paterson College (now William Paterson University), a master's degree from Seton Hall University, and an honorary doctorate from the U.S. Sports Academy.

He later served as a U.S. Army Reserve Sergeant and Drill Instructor, which his family said helped to provide him a foundation for respect and order that would continue over his roughly three-decade-long education career.

Clark retired from Eastside in 1989 then worked as director of a juvenile detention center in Newark for six years. He also wrote "Laying Down the Law: Joe Clark’s Strategy for Saving Our Schools," which detailed his methods for turning around Eastside High.

His success in turning around the high school prompted President Ronald Reagan to offer Clark a White House policy adviser position. Clark was also featured on the cover of Time magazine and he made appearances on "60 Minutes" and "The Arsenio Hall Show." 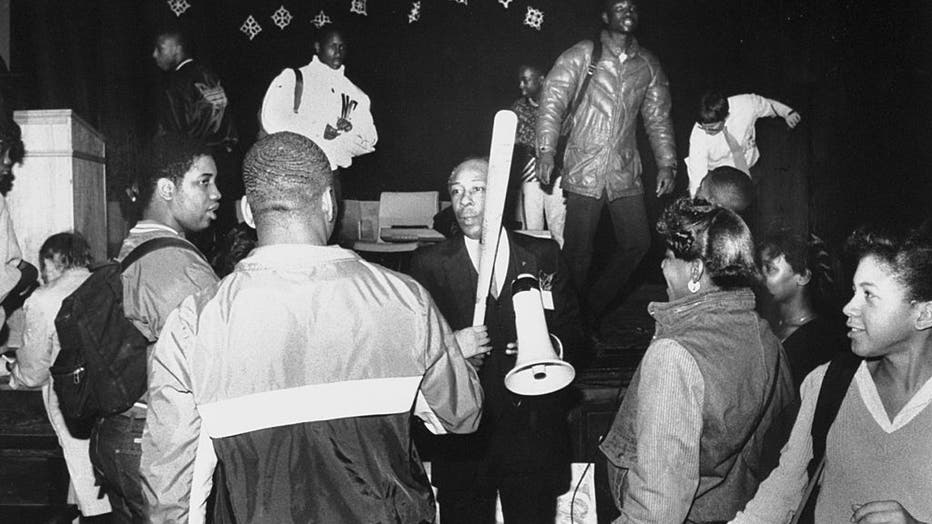 Clark later retired to Gainesville, Fla, located about 70 miles southwest of Jacksonville. He is predeceased by his wife, Gloria, and survived by his children, Joetta, Hazel, and JJ. He is also survived by his grandchildren, Talitha, Jorell, and Hazel.

Eileen Shafer, superintendent of Paterson School District, shared her condolences in a statement following his passing.

"Joe Clark left his indelible mark on public education by being fiercely devoted to the students in his care. He demanded more from his students because he believed they could achieve more than what was expected of them. And with his bullhorn and baseball bat, and Joe Clark courageously stood in the way of anyone who dared to try to lure a young person down the wrong path," said Schafer, according to New York City's WABC-TV.

"Joe Clark was even the subject of a Hollywood movie. But in the end, it is the many lives Joe Clark influenced for the better that have become his greatest legacy," she continued.