A fire broke out at a Phoenix junkyard on Nov. 28 and several cars were burned. It happened near 27th Avenue and Buckeye Road.

PHOENIX - Crews with the Phoenix Fire Department battled a junkyard fire on Saturday, Nov. 28, and several cars and debris burned in the fire, the department said.

When crews arrived to the area near 27th Avenue and Buckeye Road around 5 p.m., they found flames coming from cars and debris in the scrap metal yard, typically used for recycling old machine parts.

"Crews were able to gain fire control and protect the surrounding buildings from fire extension," the department said.

Hours after the fire, crews worked to extinguish remaining hot spots to keep the fire from spreading and/or reigniting.

No firefighters were injured and the cause is under investigation. 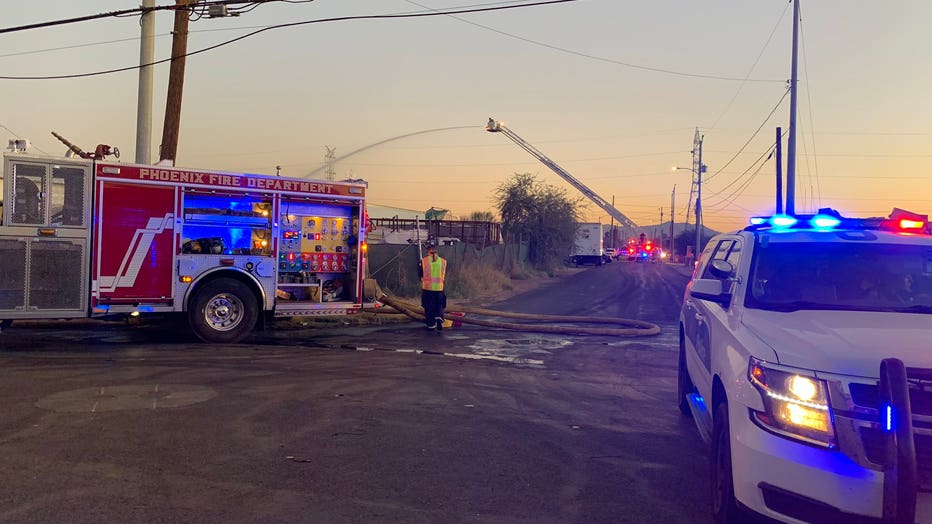