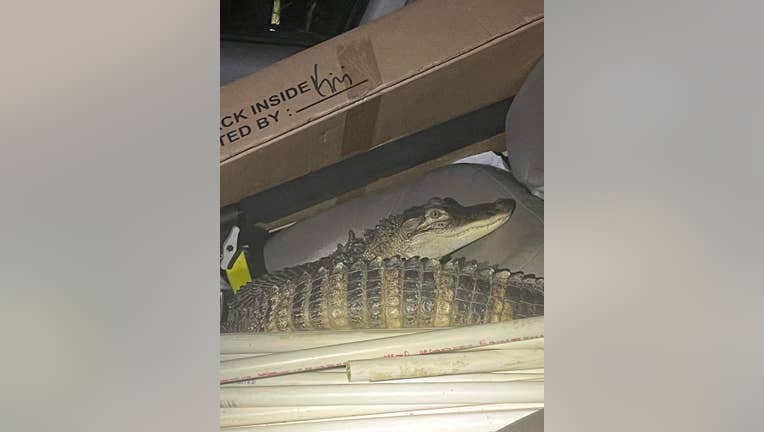 Around 11 p.m., a patrol sergeant was on US-10 when he noticed a vehicle driving at a high speed.

When a traffic stop was attempted, the driver of the vehicle fled. Deputies and the Michigan Department of Natural Resources law enforcement chased the vehicle until it became stuck between two trees on the Rails-To-Trails Pathway near S. Forman Rd in Webber Township.

The driver of the vehicle, a 40-year-old male from Oakland County, Michigan, was taken into custody, after it was discovered he had several warrants from another jurisdiction.

Upon arrest, officers found another passenger who was an accomplice to the chase, Karen the alligator.

Karen attempted to flee the scene, but was soon taken into custody as well after a short scuffle.

The Sheriff's Office believes she was an unwilling participant and was never in control of the vehicle. Karen will not be facing any charges for this incident.