LOS ANGELES - The legacy of Kobe Bryant continues to live on through his latest young adult novel “Geese Are Never Swans,” that addresses mental health in sports. A former University of Southern California student-athlete who had an opportunity to meet Bryant shares how meaningful this project was for the late NBA legend.

The book was created by Bryant and written by Eva Clark, which was released by Granity Studios in late July.

"Thank you for continuing to support his legacy. (This book also helped me deal with grief) I’m glad we still have his books to help us along the way," Kobe Bryant's wife, Vanessa, said in an Instagram post. 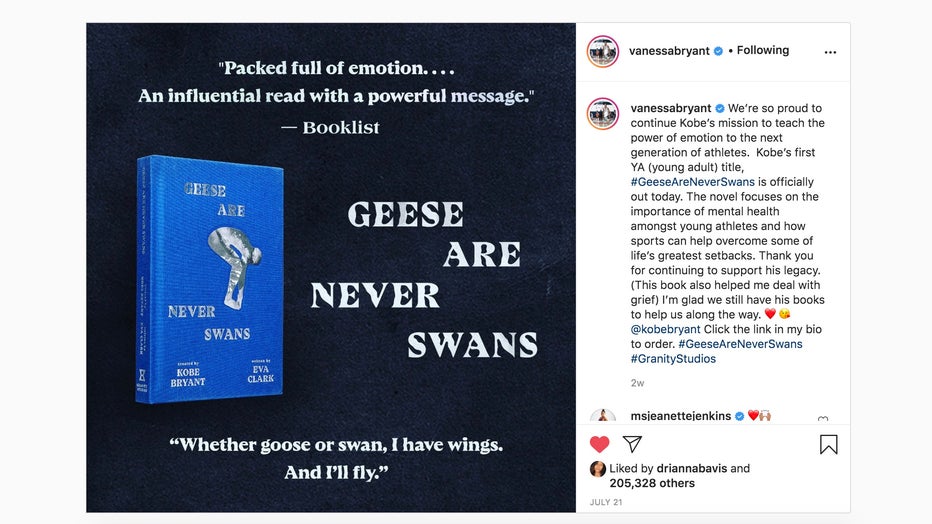 Bryant founded the multimedia production company in 2013 as he sought to launch his second career as a storyteller and creator.

Victoria Garrick, a former Division I and semi-pro volleyball player joined Good Day LA Thursday to discuss the novel that addresses the struggles young athletes often face such as depression, anger, and even suicidal thoughts as a result of hectic schedules and intense training.

Garrick first met Bryant when she was asked to present him a question during one of his visits to USC.

She asked him about mental health and mentioned how NBA stars Kevin Love and DeMar DeRozan have opened up about their struggles.

"I was grateful to have been chosen to ask him a question that day on stage and I chose to ask him about mental health because he’s such an iconic athlete and I’ve idolized him for years as have many. I just wanted to know what he thought of mental health and be supported it, validated it, and acknowledged it in his answer. I was blown away and then our relationship continued. I ended up founding a nonprofit for student-athlete mental health and I’m so happy Kobe and his team included it in his book which I think is so special,” Garrick said.

“This book is incredible and it definitely goes deep and it’s an intimate telling of mental health issues that young athletes could face. It’s about a young swimmer who’s dealing with the loss of his older brother who is also an athlete to suicide and now he’s grappling with that grief and navigating his own pursuits to success and it tells the story of how far is too far when in pursuit of your dreams,” she said.

For elite athletes, sports can come with a lot of pressure and stress that can lead to mental illness. 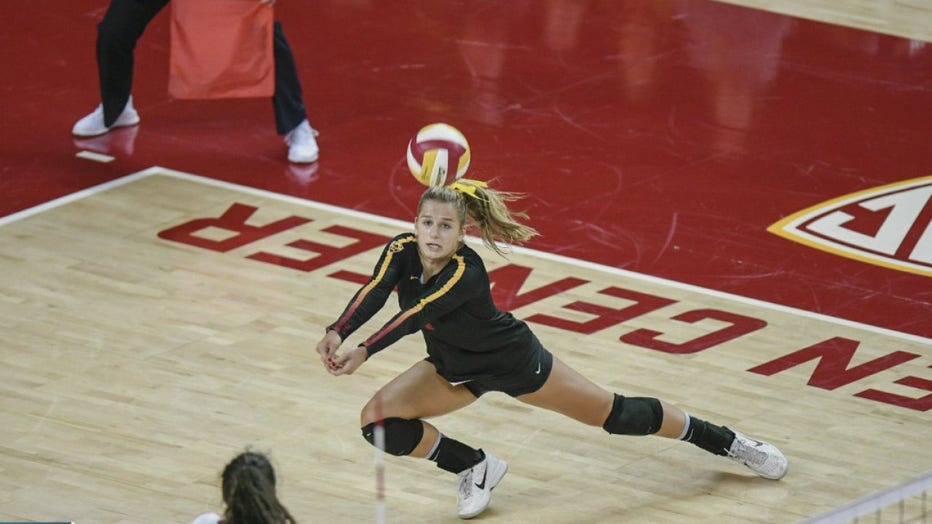 Garrick said she has dealt with this firsthand as a volleyball star ar USC.

“I think that the pressure and the demand of being a student-athlete is something at least I was not prepared for or expecting. Once I got there and I was playing at USC, I just feel like I was very overwhelmed and as a result, I developed performance anxiety and then that kind of led to a depression. I was grateful to seek help at the university and be able to continue playing. But it’s so important to have this conversation and so that no other athletes have to go through that or at least be caught off guard with his overwhelming and stressful that environment can be,” Garrick said.

Garrick also addressed the stigma that comes with mental health.

"There’s a stigma for mental health in general. Everyone faces that stigma and that fear of needing someone to help them with their life, but especially when we look at athletes. We see them as strong, and clutch and great and to think of someone like that as needed help or being weak in some way is really hard," Garrick added.

Beyond her athletic career, Garrick is a self-love enthusiast who works to inspire, support and motivate people from all walks of life.

She founded “The Hidden Opponent," a nonprofit which seeks to raise awareness on mental health for student-athletes.

Bryant retired from the NBA in 2016 and earned various accolades including 5 NBA championship titles, 18 NBA All-Star game appearances, and 2 Olympic gold medals. Bryant, who played for the Los Angeles Lakers for his entire 20-year career, is often considered one greatest NBA players of all-time.

In his second career, Bryant and director Glen Keane took home the Academy Award for Best Animated Short Film for “Dear Basketball," in 2018.

While often regarded as one of the great athletes of all-time, those who knew Bryant said his greatest accomplishment was being a husband and father.

He launched many of his projects following his NBA career as a way to bond with his daughters and to help inspire other young athletes.

RELATED: Kobe Bryant to be honored at 2020 Oscars