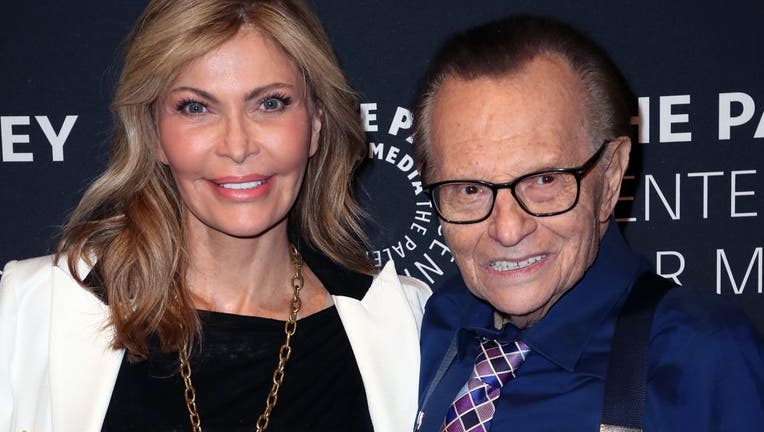 Larry King is speaking out about the downfall of his marriage to Shawn Southwick, saying religion and their 26-year-year age gap eventually took "its toll" on their relationship.

The television personality has married eight times — twice to the same woman — and is on his way to his eighth divorce.

COACH SAYS HE HAD AN AFFAIR WITH LARRY KING'S WIFE

“I’m sorry about the marriage,” King said to People Magazine. “I’ll always care for my wife. But it just hit a point where we didn’t get along.”

King and Southwick married in 1997, but since then, things changed for the "Larry King Now" host.

This marriage was King's longest, however, with his other unions clocking in at seven years or less. They even withstood rumors of cheating that cropped up after a brief separation.

“I never cheated on my wives,” King said. “My career always came first."

It wasn't just King's changing emotions that led to the split.

“We had a big age difference and that eventually takes its toll,” said King, who is 26 years older than his 60-year-old wife. “It became an issue. Also, [Southwick] is a very religious Mormon and I’m an agnostic atheist so that eventually causes little problems.”

He added: “We overcame a lot, but eventually it became a ships passing in the night situation.”

Another factor leading to the separation: King suffered a stroke early last year, which made him take stock of his life and think about the future.

“I thought a lot about what I wanted the rest of my life to be,” said King of the time after his stroke. “When there are moments of unhappiness in a marriage, you can overcome it at 40, but at my age, it became a lot. I wanted to be happy. Separating was of course difficult. But there is nothing worse than arguing.”

Of course, King still wishes Southwick all the best.

“I wish her nothing but the best,” King noted. “We love each other.”