Partisan feuds on Capitol Hill will rest for at least a couple of hours Thursday night when the annual Congressional Baseball Game is played at Nats Park.

WASHINGTON - Partisan feuds on Capitol Hill will rest for at least a couple of hours Thursday night when the annual Congressional Baseball Game is played at Nats Park.

When the first pitch is thrown on Thursday, there should be more fans in the stadium than ever before.

The game’s chairman, Ryan Thompson, tells FOX 5 that they’ve started selling tickets for the upper bowl of the stadium, expecting a record crowd.

It's all for charity and as of now, $1.5 million has been raised with a good portion of the funds going to community groups.

"It’s pretty good baseball," Thompson said. "It’s not great. It’s pretty good. This is the biggest bipartisan event that happens every year. This baseball game brings Republicans and Democrats together for a common cause." 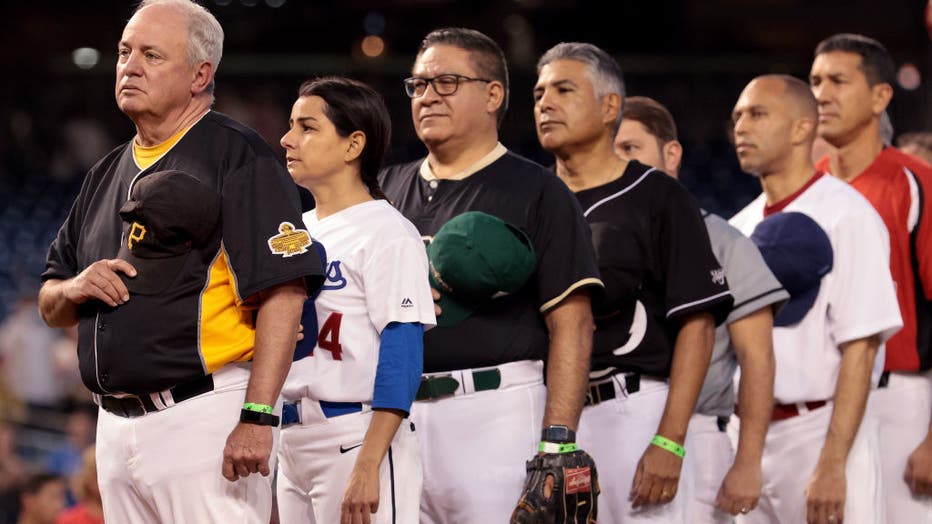 WASHINGTON, DC - SEPTEMBER 29: Democratic members of Congress line the field during the playing of the national anthem before the Congressional baseball game at Nationals Park September 29, 2021 in Washington, DC. The annual bipartisan game was first

This is an exhibition game, but one with bragging rights for the legislators lacing them up.

"We take it very seriously," said New Jersey Democrat Bill Pascrell. "It’s not just an extracurricular activity. This is meat and potatoes stuff."

Texas Republican Roger Williams, a 25th-round draft pick by the Atlanta Braves in 1971, is a coach looking to field a high-performing team.

"I patterned it like I would after Spring Training when I was with the Braves," he said. "We’re going to set charity records. We’re going to set attendance records tomorrow night, so it’s going to be good for Congress and I think America, it being on TV."

A climate-related protest is also reportedly scheduled to take place at the game as well. An op-ed published in The Washington Post says people will be outside the game as people come in urging them to consider the consequences of inaction.