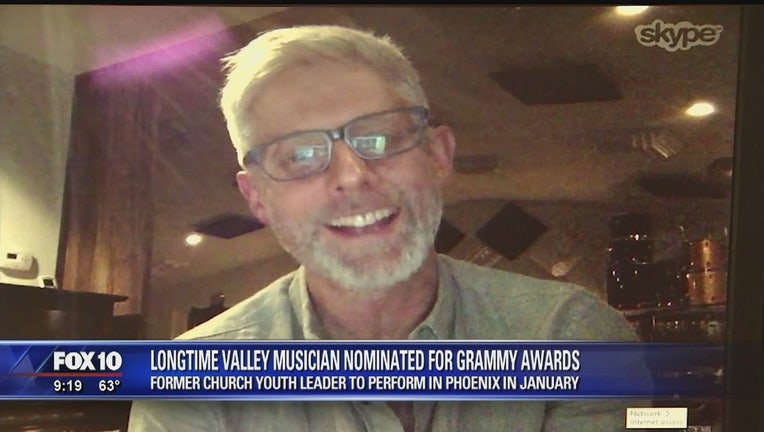 PHOENIX (KSAZ) - The Grammy nominations were announced December 7th and there's a longtime valley resident who has made the coveted list.

He lived in the valley for almost 20 years after moving her with his family in 1995. Maher honed his skills as a songwriter and musician as a youth leader at valley churches.

I talked to him about the exciting news -- being nominated for three Grammy awards.

Maher woke up Monday morning to a string of text messages, congratulating him.

"I knew the Grammy nominations were this morning, so I kind of figured I got nominated for something. I didn't realize that I had gotten nominated three times. That was pretty amazing," he said.

I asked Matt how it feels to be a triple Grammy nominee.

"You know, not much has changed because tomorrow morning, I have to wake up and take out the trash," he replied.

Before making it big, Maher worked as a worship leader at St. Timothy Catholic Church in Mesa on and off for 13 years. He got his degree in music from Arizona State University where he studied jazz piano. He also had some advice for others thinking of going into the music industry.

"I'd say first of all, life is short. You have to do what you love, what you have passion for. The great thing you have when you're young and single and you're in college is you have a lot of time, so invest the best way that you can."

Maher lives in Nashville with his wife and 2-year-old daughter. His mother and brother still live in Phoenix and he says he wouldn't have achieved the success he has today without the support of everyone here in Arizona who helped him along the way.