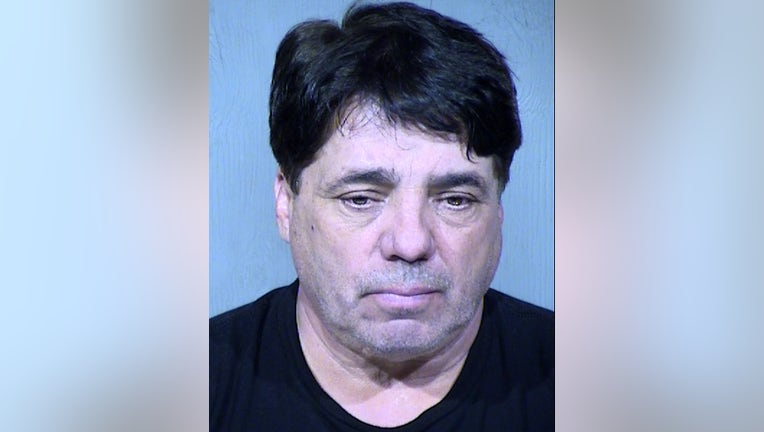 PHOENIX - Police say a man has been arrested after he hit a woman and an 8-year-old boy in the crosswalk of a Phoenix intersection.

According to Phoenix police, 58-year-old Abe Mejia was driving a car westbound on Van Buren on January 25 when he turned left onto 24th Street and hit a woman and boy in the crosswalk.

Both pedestrians were taken to a hospital with minor injuries.

Mejia stayed at the scene after the collision and was arrested and booked into jail.