Police in Delaware County responded to a gruesome scene Friday morning after they say a man used a machete to decapitate a woman inside of a Clifton Heights apartment.

PHILADELPHIA - Authorities in Delaware County have identified a man they say murdered and decapitated a woman inside of a Clifton Heights apartment before attempting to further dismember the body.

Police responded to the Willow Apartments after receiving a call about a possible domestic disturbance around 4 a.m. Friday morning.

Officers responded to the scene and knocked on the door but no one answered.

That’s when police say one of the officers noticed a light on in the apartment and witnessed a man in the rear bedroom. According to police, the officer witnessed Nicholas Scurria, 32, attempting to dismember the body of the deceased female victim with a machete.

The officer is also saw that the victim had been decapitated and could see rolled up plastic next to her body. 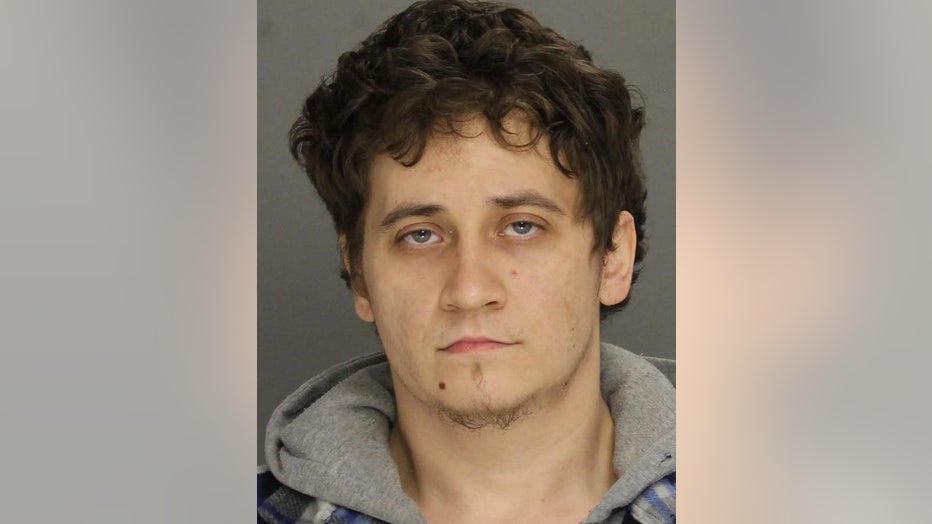 Nicholas Scurria, 32, is accused of killing a woman inside their Clifton Heights apartment and attempting to dismember her body.

The officer and his partner then held Scurriat at gunpoint from outside the apartment, and assisting officers helped force their way in to take him into custody.

According to police, Scurria told officers that he and the victim had an argument, and that he knocked her unconscious after repeatedly striking her in the face and head.

Police say he also admitted to attempting to get rid of her body by partially dismembering it.

Scurria is also alleged to have told police that he and the victim were in a relationship, but that he considered that relationship to be over.

The investigation is ongoing and charges are pending.