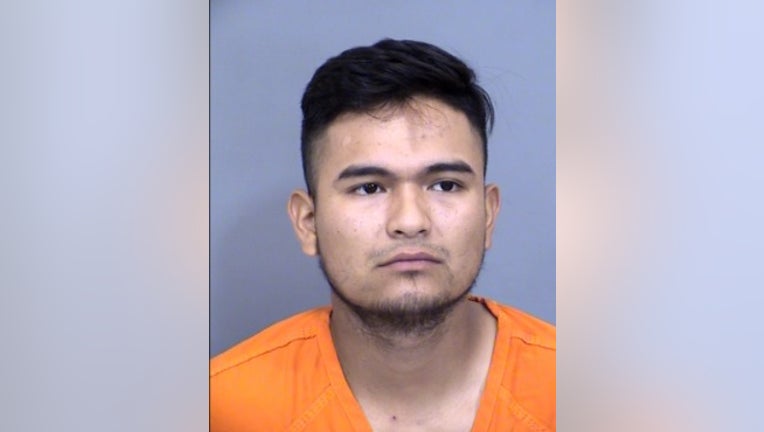 PHOENIX - Police say a man is dead and a woman was injured after they were both stabbed during a fight early Sunday morning in Phoenix.

A few days later on Nov. 3, police announced the arrest of a suspect.

According to police, officers responded to reports of a fight near 10th Avenue and Buckeye Road at about 1 a.m., on Oct 31.

Once at the scene, officers found 21-year-old Jose Rodolfo Garcia Avila and a woman who had been stabbed during a fight with another man.

Avila was hospitalized in critical condition. He later died at the hospital.

The woman suffered non-life-threatening injuries. Her identity was not released.

Nineteen-year-old David Abishadai Orozco was arrested and booked into jail on suspicion of first-degree murder, among several other felony charges.