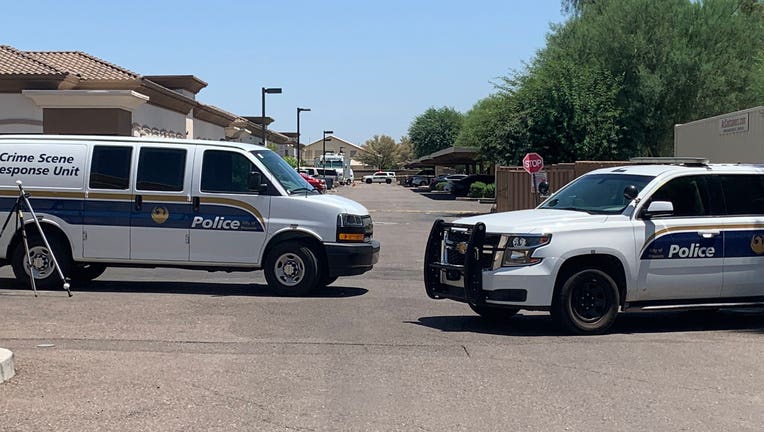 Phoenix police are investigating after a man was shot dead in a parking lot near 95th Avenue and Camelback.

PHOENIX - Phoenix Police are investigating after a man was reportedly shot in a parking lot near 95th Avenue and Camelback on Aug. 8.

Two officers in the area had been approached at 1:50 a.m. Sunday morning by witnesses who had said that someone had been shot.

The victim, identified as 47-year-old Arthur Parra, had been shot while sitting inside of a car. He was taken to the hospital but did not survive his injuries.

The investigation is still ongoing. Anyone with information is asked to contact Phoenix Police or Silent Witness at 480-WITNESS.