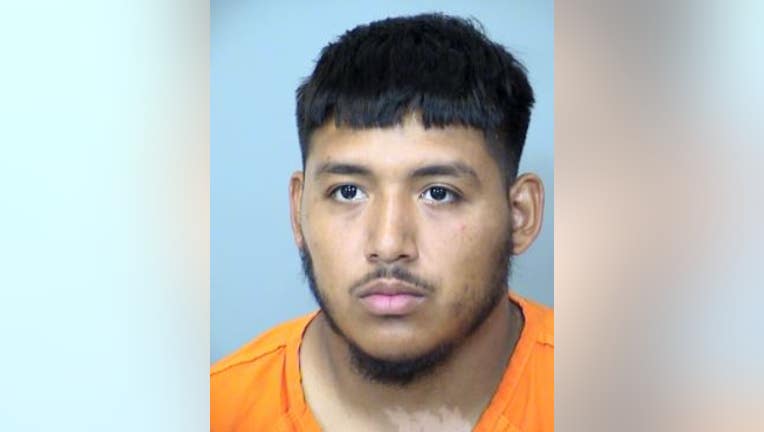 PHOENIX - A man has been arrested for manslaughter after he reportedly shot a 15-year-old relative at a home near 59th Avenue and Indian School on Aug. 7, according to Phoenix Police.

Police said they received a 911 call Saturday afternoon reporting that a family member had been shot by another family member.

By the time they arrived, they found 15-year-old Valeria Arreloa with life-threatening injuries. She later died at the hospital.

Detectives later learned that the suspect, 21-year-old Alexis Vidrio, had been handling a firearm at the time and had removed the magazine from the gun.

"The suspect removed the magazine out of the gun and then pointed the gun, shooting the victim," police said.

Vidrio was arrested and now faces a manslaughter charge.