PHOENIX - A man is wanted for robbing a Family Dollar store in west Phoenix after he swung a knife at an employee, according to Silent Witness.

Police say the crime happened at a store near 83rd Avenue and Indian School Road on the morning of Jan. 18.

The suspect reportedly tried to take items from the shop without paying and swung his knife at a worker who tried to confront him.

He is described as a 5'7" Hispanic male between the ages of 18-25 with a thin build, black hair, brown eyes and a mustache.

The man fled in a blue passenger car waiting in the parking lot, officials said. 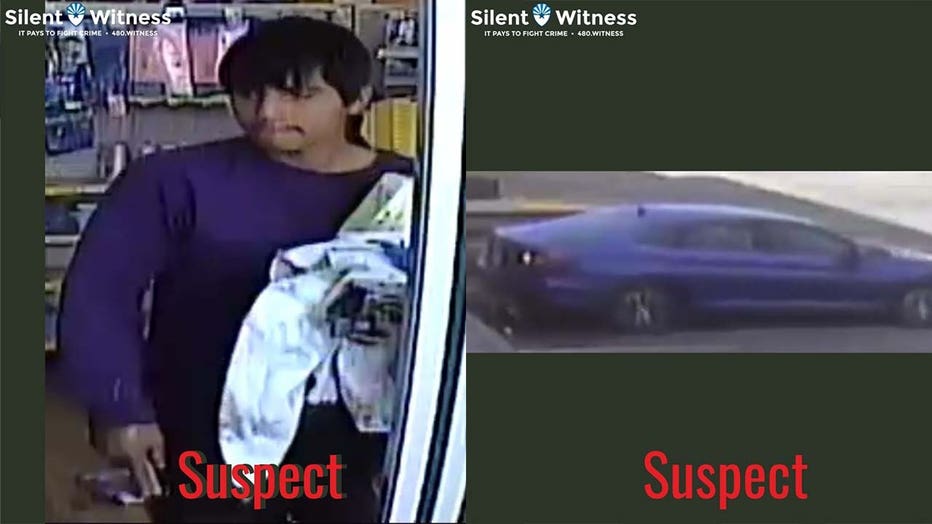 A photo of the suspect and suspect vehicle involved in a reported armed robbery at Family Dollar.