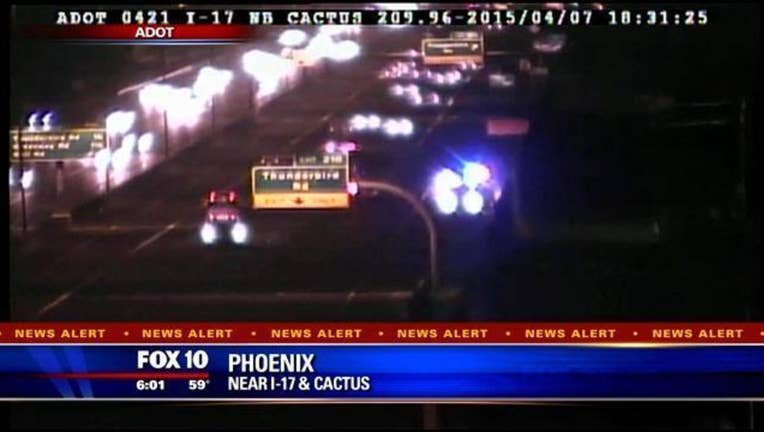 PHOENIX (AP) - Authorities are investigating what a man carrying a rifle was doing walking along Interstate 17 in north Phoenix.

Arizona Department of Public Safety officers kept traffic away from the man until he was removed from the freeway Tuesday morning.

It isn't known if the rifle was loaded, but there was no indication the man fired the rifle or pointed it at anyone while he was on the freeway.

Phoenix police say they were able to get the man into custody without any problems.

The man was taken to a hospital for evaluation.

The DPS said it didn't know why the man was on the freeway.