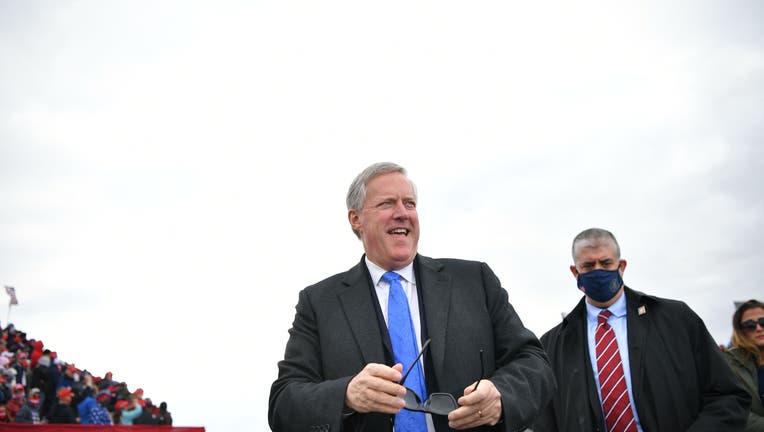 WASHINGTON - A former White House official told the House committee investigating the Capitol riot that President Donald Trump's chief of staff, Mark Meadows, had been advised of intelligence reports showing the potential for violence, according to just-released transcripts.

Cassidy Hutchinson, a special assistant in the Trump White House, told the committee "there were concerns brought forward" to Meadows before the storming of the Capitol on Jan. 6, 2021, but it was unclear what Meadows did with that information.

"I just remember Mr. Ornato coming in and saying that we had intel reports saying that there could potentially be violence on the 6th," Hutchinson said, presumably referencing Anthony Ornato, a senior Secret Service official. "And Mr. Meadows said: ‘All right. Let’s talk about it.’"

The filing late Friday is the latest in a long legal fight over the extent to which Meadows, whose proximity to Trump has made him a key target of House Democrats, can be forced to cooperate with the committee's investigation. Meadows has handed over thousands of text messages, but he has refused to sit for an interview, has argued that he is immune from having to testify by virtue of his White House position, and has sued the committee.

The filing seeks a court ruling in the committee's favor that Meadows has no valid basis to refuse to testify. It says the committee has refined the scope of its request to focus on seven specific topics, including testimony about communication with Congress before Jan. 6, 2021; White House plans to replace the leadership of Justice Department so the department could pursue Trump's bogus claims of election fraud; and efforts to create alternate, or fake, slates of state electors who could change the outcome of the vote of the 2020 election that Democrat Joe Biden won.

The committee released excerpts of testimony from multiple witnesses it has interviewed, including Hutchinson. Besides describing warnings of potential violence provided to Meadows, Hutchinson revealed how the White House counsel's office cautioned against plans to enlist fake electors in states, including in meetings involving Meadows and Trump lawyer Rudy Giuliani.

The filing also includes new text messages that Meadows turned over, including several from House Republicans who were pushing the former North Carolina congressman to act. Meadows’ close friend, Rep. Jim Jordan of Ohio, suggests in a late text on Jan. 5, 2021 — the day before Congress was due to certify Biden's victory — that Vice President Mike Pence "should call out all electoral votes that he believes are unconstitutional as no electoral votes at all." 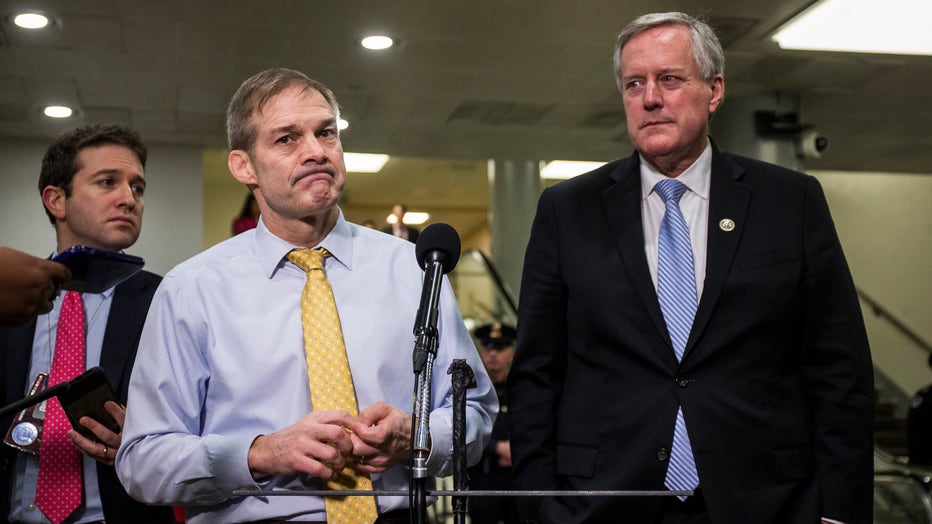 Meadows texted back in the early hours of Jan. 6: "I have pushed for this. Not sure it is going to happen." Pence ultimately resisted the overwhelming pressure from Trump and his allies and did not attempt to object to Biden's certification.

In the texts released by the committee, Perry encouraged Meadows to talk to Jeffrey Clark, an assistant attorney general who was sympathetic to Trump’s bogus claims of election fraud. A week later, on Jan. 3, Clark attended a meeting at the White House with Trump, where the prospect of elevating Clark to the role of acting attorney general was discussed — but adamantly resisted by Justice Department officials, who threatened to resign, and White House lawyers. Trump ultimately backed down.

Hutchinson said Meadows talked "frequently" to Clark, and Hutchinson recalled Clark's presence at the White House and "his frequent outreach and communications."

In another interview released by the committee Friday, former Justice Department official Steven Engel, then the head of the Office of Legal Counsel, said Clark had suggested that the department provide a legal opinion to Pence regarding the vice president's authority to object to the certification of the presidential election. Engel said he told Clark that was "absurd" and reminded him that Pence’s role was a ceremonial one as president of the Senate.

The testimony released Friday also reinforced how certain Republicans in Congress were deeply involved in White House discussions about overturning the election in the months leading to the deadly insurrection.

Hutchinson, for instance, described several calls involving Meadows and members of the far-right House Freedom Caucus in late November and early December in which participants discussed what Pence’s role could be on Jan. 6, besides the ceremonial role he was required to play.

On those calls, according to Hutchinson, were representatives from Trump's legal team, including Giuliani, Jenna Ellis and Sidney Powell, as well as Jordan and Perry. 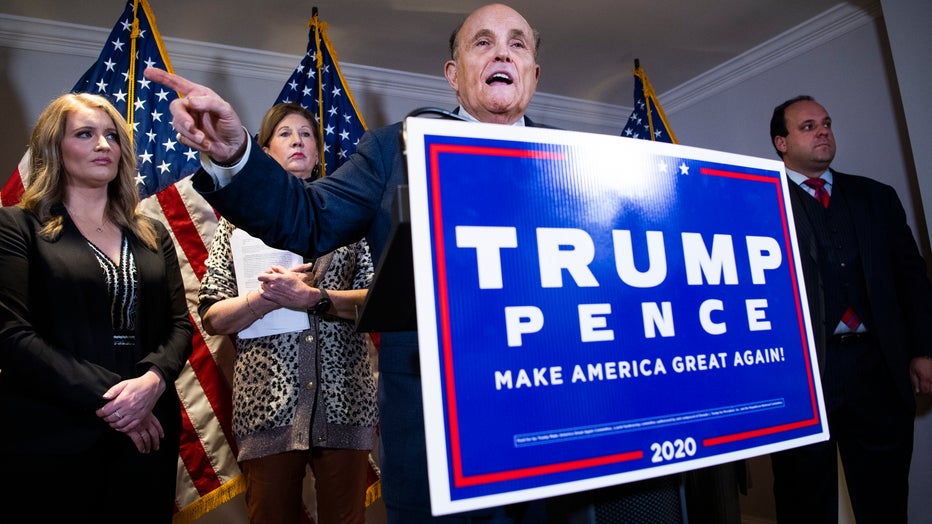 UNITED STATES - NOVEMBER 19: Rudolph Giuliani, attorney for President Donald Trump, conducts a news conference at the Republican National Committee on lawsuits regarding the outcome of the 2020 presidential election on Thursday, November 19, 2020. Tr

Meadows' lawsuit asked a judge to invalidate two subpoenas that he received from the committee, alleging they were "overly broad and unduly burdensome." The suit accused the committee of overreaching by subpoenaing Verizon for his cellphone records.

After the complaint was filed, the House committee sent a contempt of Congress charge against Meadows to the full House, where it passed on a near-party-line vote. It was the first time the chamber had voted to hold a former member in contempt since the 1830s.

While an earlier contempt referral against former Trump adviser Steve Bannon resulted in an indictment, the Justice Department has been slower to decide whether to prosecute Meadows. 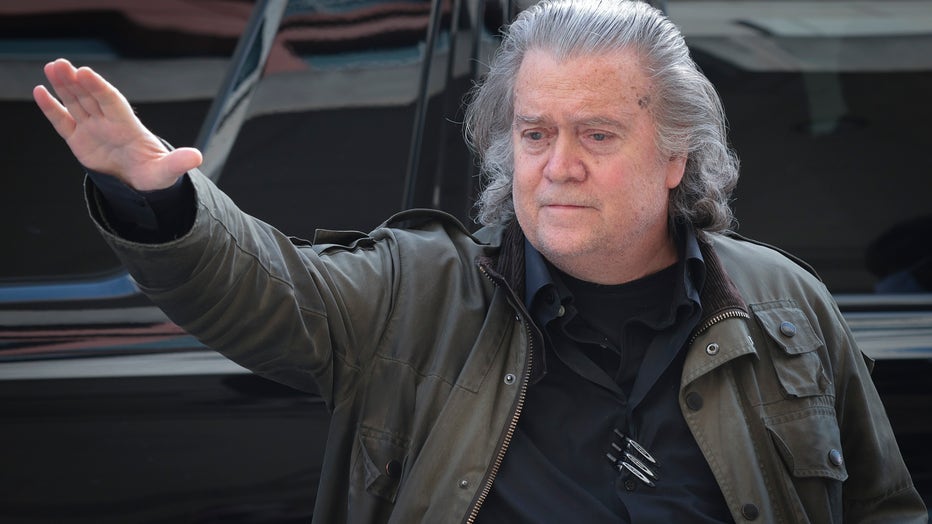 Any criminal case against Meadows would be more complex than that presented against Bannon, in part because Meadows was a White House chief of staff and because he had begun to cooperate with the committee, even providing documents to the nine-member panel.

Meadows' attorney, George Terwilliger, has previously defended his client by noting that due to Meadows' willingness to turn over records, he should not be compelled to appear for an interview. Terwilliger did not immediately return an email seeking comment about the latest disclosures.