You can now cook with ‘Star Wars’ Instant Pots

LOS ANGELES - Calling all "Star Wars" fans: Darth Vader and crew can now join you in the kitchen.

Williams-Sonoma has created Star Wars-themed Instant Pots featuring some of the franchise’s most popular characters.

There’s a mini duo 3-quart pot modeled after BB-8, as well as a 6-quart version which features either Darth Vader, R2-D2 or Storm Trooper. The duo 8-quart pot, which is the largest option, is styled after none other than Chewbacca. 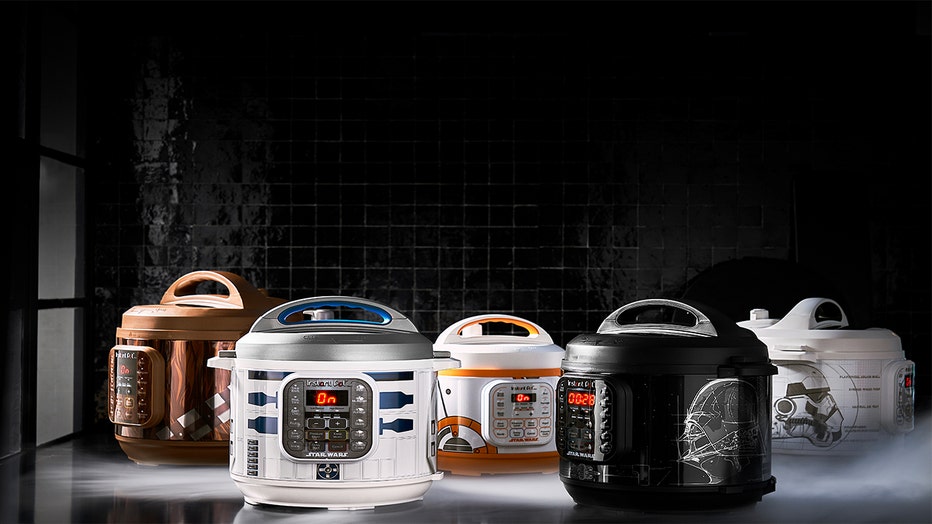 Fans can pre-order the cookware now, or wait until they hit store shelves on Dec. 13, 2019.