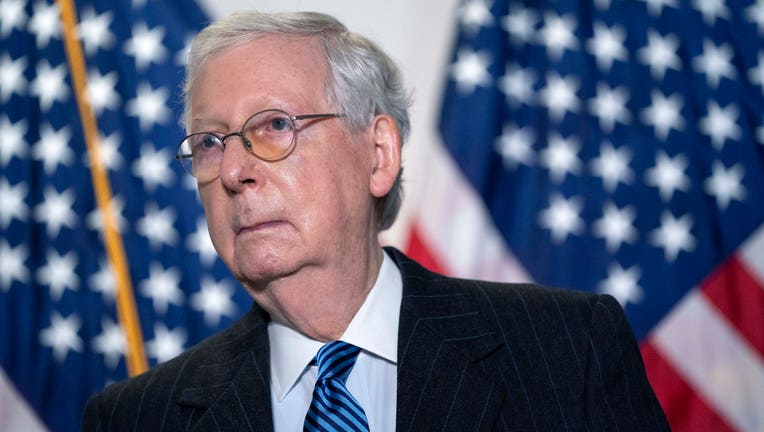 The Kentucky Republican's remarks came as Pelosi and Treasury Secretary Steven Mnuchin have arrived at a critical phase of their talks — a deadline day of sorts — if any relief is going to be enacted by Election Day. The contours of a potential deal are taking shape behind the scenes even as President Donald Trump's GOP allies are recoiling at the administration's tolerance for a $2 trillion package.

Despite GOP opposition, McConnell said if such a bill passed the Democratic-controlled House with Trump's blessing “we would put it on the floor of the Senate.”

Pelosi and Mnuchin were slated to talk again Tuesday amid signs that they are continuing to narrow their differences. Pelosi said Tuesday that they remain at odds over refundable tax credits for the working poor and families with children, the size of a Democratic-sought aid package for state and local governments, and a liability shield for businesses and other organizations against lawsuits over their COVID preparations.

The Pelosi-Mnuchin talks also involve pandemic jobless aid, a second round of $1,200 direct payments, and money for schools, testing and vaccines.

Pelosi has said Tuesday is a deadline day, but clarified in an interview with Bloomberg News that the aim is to spur the two sides to exchange their best proposals on a host of unresolved issues, not to close out all of their disagreements or have final legislative language at hand.

“Let's see where we are," Pelosi said Tuesday. “We all want to get an agreement.”

Aides familiar with the talks say the price tag for a potential Pelosi-Mnuchin deal is inching close to $2 trillion. Senate Republicans are recoiling at both the size of the measure and Pelosi's demands, even as Trump is beating the drums for an agreement.

“I want to do it even bigger than the Democrats. Not every Republican agrees," Trump said Tuesday on Fox News. "But they will.” 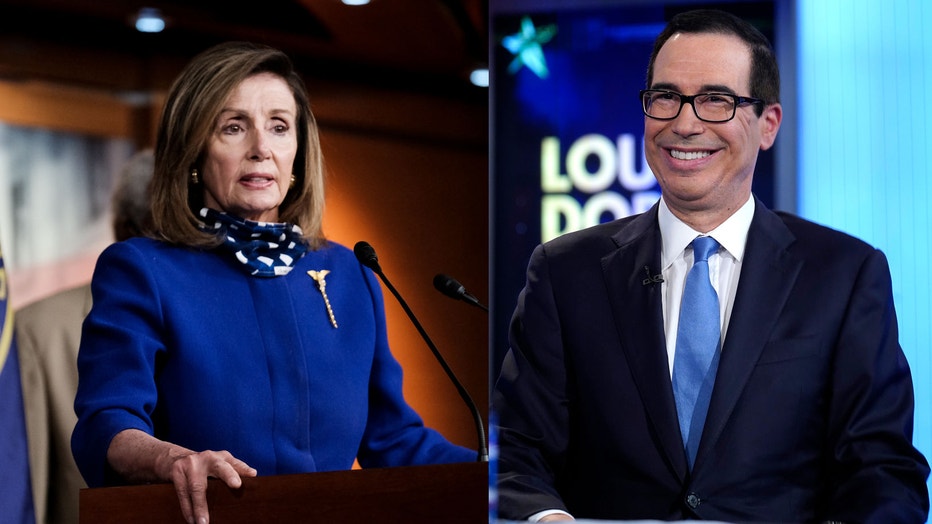 But Republicans have spent months talking about a smaller aid package and the top GOP vote-counter, Sen. John Thune, said Monday that “it would be hard” to find the necessary Republican support for passage of any agreement in that range.

McConnell, meanwhile, is pushing ahead with votes this week on GOP measures that stand little chance of advancing. On Tuesday, the GOP-held chamber will go on record in favor of another round of payroll subsidies for businesses such as restaurants and hotels that are having particular difficulty during the pandemic.

But while the vote would put the Senate on record as supportive of the idea, it’s not aimed at advancing the measure through time-consuming procedural steps that could interfere with a floor schedule dominated by the nomination of Amy Coney Barrett to the Supreme Court.

On Wednesday, Trump’s GOP allies in the Senate are slated to support a revote on a virus proposal with a net cost of about $500 billion, though it does not include the $1,200 direct payments that are so important to Trump. But the Senate GOP bill has failed once before, and Trump himself says it's too puny.

The goodwill and bipartisanship that powered the $1.8 trillion bipartisan CARES Act into law in March has largely dissipated. It passed by an overwhelming margin as the economy went into lockdown. Since then, Trump and many of his GOP allies have focused on loosening social and economic restrictions as the key to recovery instead of more taxpayer-funded help.

The moment is challenging for Pelosi as well. For months she has been promising a COVID relief package of more than $2 trillion stuffed with Obama-era stimulus ideas. Even though the Senate and White House are both in GOP hands — and will be at least into January — she has sharply rebuffed anyone who suggests that Democrats should take a smaller deal now rather than risk going home empty-handed until next year.