EL MIRAGE, Ariz. - A Maricopa County Sheriff's Office employee was arrested after police say he tried to lure an 11-year-old girl for sex.

According to the El Mirage Police Department, Miguel Ramirez Diaz drove past the girl several times on March 2, asking her if she wanted to have sex with him. The alleged victim told police Diaz asked her fox sex, twice.

Diaz was arrested on March 11 and booked into jail.

On Thursday, officials with El Mirage Police released a video that shows Diaz stopping his car to talk to the girl.

"He’s pretty brazen to be able to stop, back his car up, talk to with witnesses there," said El Mirage Police Chief Paul Marzocca.

Marzocca said Diaz, who he believes work in the detention field at MCSO, kept driving back and forth several times.

Meanwhile, Peoria Police investigators are also investigating Diaz, after reports of a man driving a gray Honda about an hour before the video released by El Mirage Police was recorded. Officers reportedly responded to reports of a man following a young girl and her brother by Westgreen Park.

El Mirage Police investigators are also reopening cases from 2013 and 2015, when minors told police a suspect followed them in his car. The two vehicles reported are registered to Diaz.

Marzocca believes there are more victims. 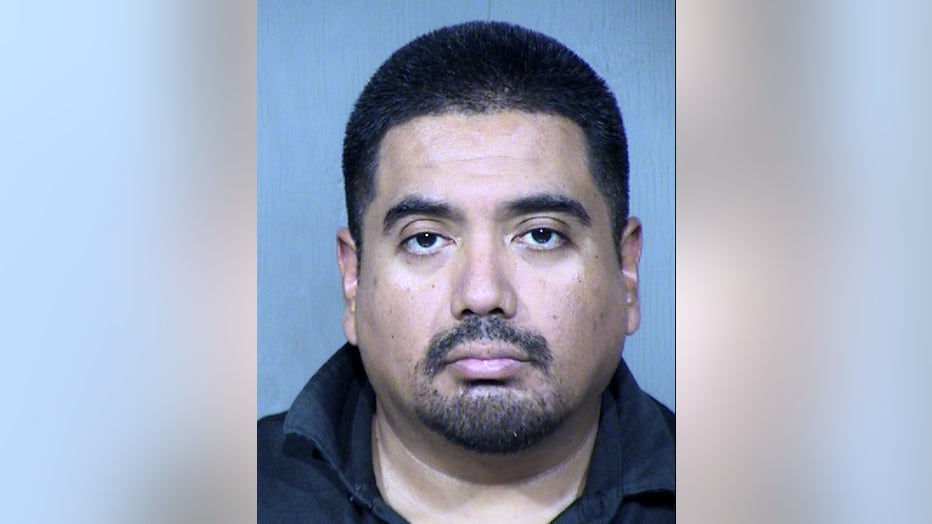