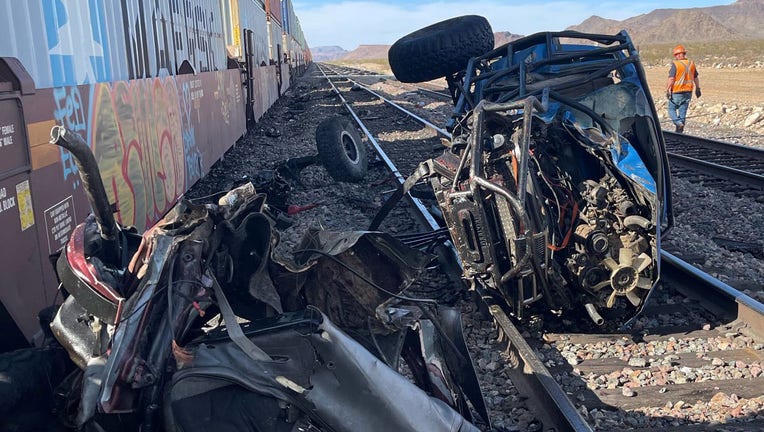 GOLDEN VALLEY, Ariz. - When deputies from the Mohave County Sheriff's Office arrived at the scene just before 2:45 p.m. on Easter Sunday, they found two vehicles that had been hit by a train.

The crash involved two vehicles, a jeep and a truck. The driver of the jeep, identified as 72-year-old Larry Whatley of Kingman, died in the crash. The two passengers inside the truck, 54-year-old Wesley Hoagland of Golden Valley and 49-year-old Virginia Voyles of Golden Valley, were also killed.

Officials say the vehicles were stopped at the railroad crossing east of Interstate 40, waiting for a passing eastbound train at milepost 528.6.

"Once the east bound train passed, they began to cross the intersection, not seeing that a west bound train was approaching," stated MCSO on their Facebook page.