A memorial service was held for Phoenix Police Commander Greg Carnicle who was killed in March by a suspect while responding to a domestic violence call.

PHOENIX - A memorial service was held on June 30 for a Phoenix Police officer who was killed in the line of duty.

Commander Greg Carnicle was shot and killed on March 29 by a suspect while responding to a domestic violence call. Two other officers who were shot have since been released from the hospital.

Carnicle's life and legacy were honored at Christ's Church of the Valley by the Phoenix Police Department.

"Your father and I spent many conversations talking about our upcoming retirements," retired Assistant Phoenix Police Chief Dave Harvey said. "He was so looking forward to it. I know it's just not fair, but please know this, your father as loved and respected by many and he loved you."

Commander Carnicle served the department for 31 years and was planning to retire in October.

The 56-year-old leaves behind a wife and four children, who say he was a selfless man who died doing exactly what he loved. 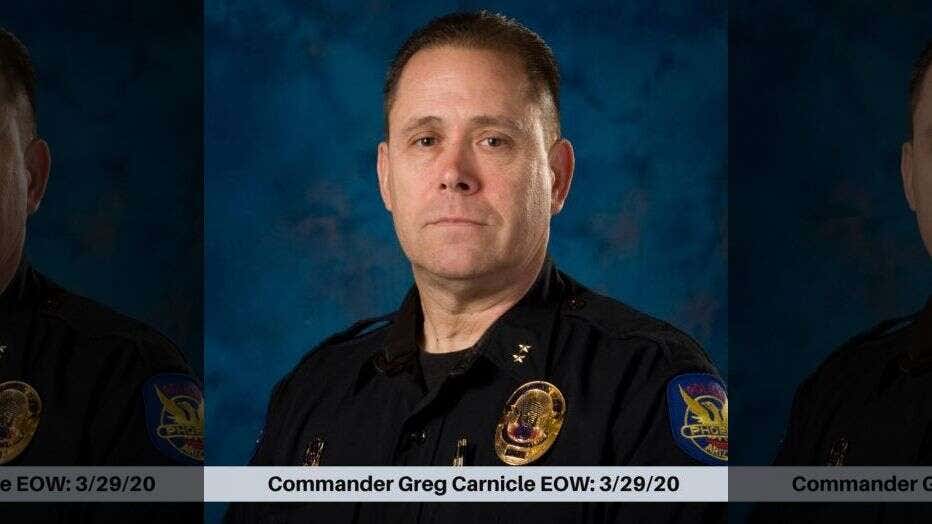