Men accused of kidnapping migrants, holding them at Phoenix home

Two men are accused of kidnapping four migrants and holding them against their will at a home in south Phoenix near 15th and Southern avenues.

PHOENIX - Two men are accused of kidnapping four migrants and holding them against their will at a home in south Phoenix.

On Nov. 14, Phoenix Police officers responded to an emergency call about a kidnapping at a home in the area of 15th and Southern avenues.

The caller was later identified as a victim. The woman reported she was in a bathroom being held against her will for 15 days. Police say she told officers she was traveling through Mexico from Guatemala when she was kidnapped and brought to Phoenix against her will. She also says she heard conversations about being sold to someone for $8,000. 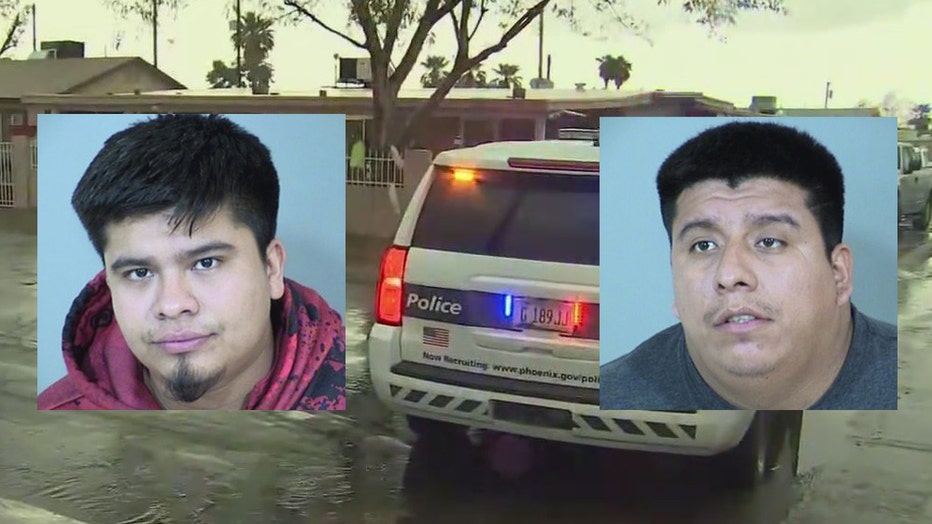 A second victim said he arrived at the home on Sunday, while a third victim said he was brought to the U.S. on the same day from Mexico. The police report says the third victim was blindfolded at times with a gun to his head. He told police he heard the first victim talk about being sexually assaulted.

"Victim 4 stated he arrived with victim 3 when they crossed into the United States-Mexico border, was blindfolded, bound with shoelaces with his hands behind his back and told he could not leave," according to the police report.

Jose Domingo Ortega-Lopez, 24, and Maynor Eulises Gonzalez Perez, 30, were identified as the kidnapping suspects, and they were taken into custody.

Investigators say officers were at the same house back in January where over 50 undocumented immigrants were found.