South Dakota Gov. Kristi Noem's recent anti-meth campaign is not being received as well as she may have hoped.

PIERRE, S.D. - South Dakota Gov. Kristi Noem may have good intentions with battling the current epidemic of meth addiction in her state of South Dakota, but the state’s latest anti-drug campaign slogan, “Meth. We’re On It,” has not been as well received as she may have hoped.

In a video featuring Noem on the campaign’s website Onmeth.com, the governor lays out the urgency of putting an end to the state’s “meth crisis,” calling it “the largest and most aggressive campaign” her state has ”seen or done" before.

“This is our problem, and together we need to get on it,” Noem says in the video.

In a letter addressed to Secretary of Health and Human Services Alex Azar on Nov. 13, Noem expressed her concern about the issue, writing, “Today, drug overdoses are the leading cause of death among Americans under 50, and while I applaud your aggressive actions to address opioid addictions, South Dakota’s primary addiction issues are with methamphetamines.”

Citing an 816 percent increase in meth arrests in South Dakota since 2011, Noem hopes the new campaign of awareness will finally put an end to the state’s growing drug problem. 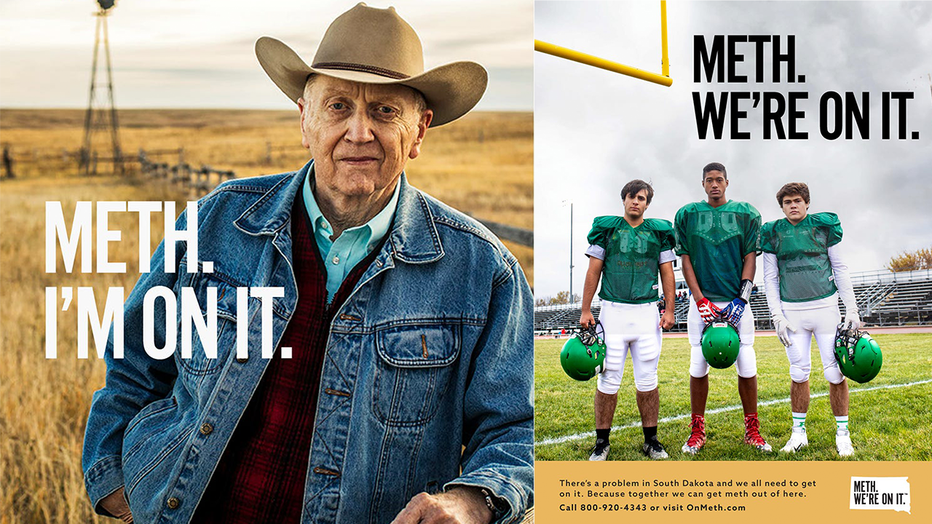 The ad features photographs of various people, from farmers to football players, with bold letters that say, “Meth. We’re On it.”

The ad features photographs of various people, from farmers to football players, with bold letters that say, “Meth. We’re On it.”

According to the Argus Leader, marketing and ad agency Broadhead Co., based out in Minneapolis, created the campaign and was paid upwards of $449,000 by the state’s  department of social services.

Amid the unveiling of the new marketing, many people took to Twitter to voice their concerns over how the campaign would be interpreted.

“The state of South Dakota spent $500K on an ad campaign to let everyone know we’re on meth," wrote one user.

Noem announced the campaign on her Facebook page explaining the reasoning for the tagline, saying, “each one of us, no matter who we are, that we’re on the case of meth.”

Whether or not people agree with the campaign’s execution of the tagline, Noem appeared to be getting the awareness she was originally looking for.

“We’re dealing with awareness,” said Noem. “In the past when we did awareness on drug campaigns it made a big difference.”

“In fairness, I’m now extremely aware of South Dakota’s meth problem,” tweeted one user in response to the ad.