Nik Sennhauser spoke with FOX Television Stations about his love and recreation of airline meals during the COVID-19 lockdown.

Since the COVID-19 pandemic began, more Americans are cooking at home. Cookbook sales soared over 145% in 2020, according to The NPD Group, and an increasing amount of people are eating at home.

But, according to a study conducted by Cinch Home Services, 62% of Americans failed a cooking safety test despite showing confidence and creativity in the kitchen.

The study, which surveyed just over 1,000 American adults, showed more than 52% cook at home often. Twenty-seven percent stated they always cook at home while less than 1% responded they never cook at home.

Despite restaurants offering takeout and to-go style meals, Clinch reported a 34% drop in dining spending in April 2020 alone. Millennials were the least likely to cook at home often and were the most likely to order takeout or delivery before and after the pandemic.

With more time at home, Americans are growing more adventurous in the kitchen. Millennials claimed to be the most adventurous home cooks while baby boomers rated their adventurousness near the bottom among Generation X and millennials.

But when asked about kitchen safety habits such as meat handling and safe cooking temperatures, 62% of surveyors failed. Women were more likely to pass the test than men, with only 34.9% of men passing compared to 41% of women.

Millennials were least likely to pass the quiz, with less than one-third of respondents passing. Baby boomers proved knowledgeable in the kitchen with over 52% passing. Forty-two percent of Generation X respondents passed.

The COVID-19 pandemic changed the way Americans eat. While eating at home may make Americans healthier, with more people cooking at home Americans are more at risk for food-related illnesses and incidents. 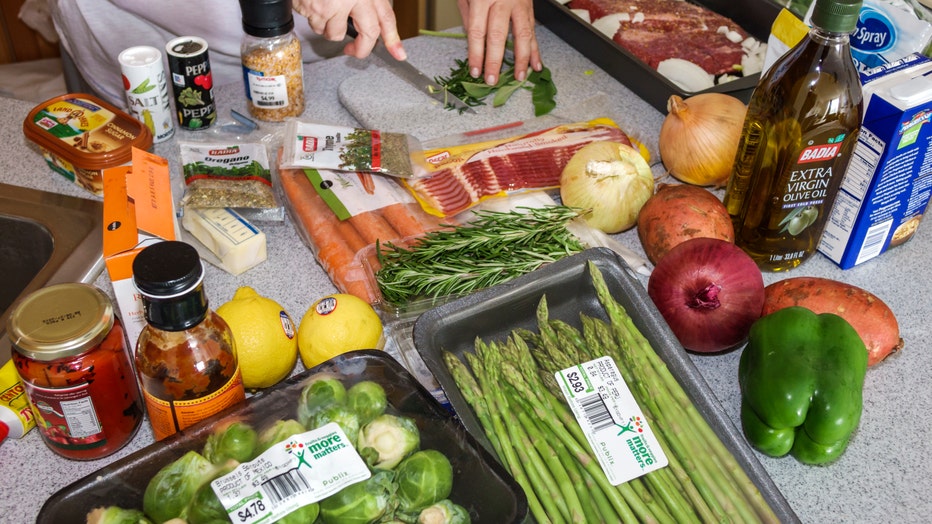 When surveyed about their cooking behaviors, over half of the respondents reported unsafely thawing frozen meat and over 60% reported eyeballing measurements. A shocking 21% reported eating raw food while 15% reported not washing their hands prior to preparing food.

Over a third of recipients reported rinsing meat in the sink, which could lead to cross-contamination and bacterial spread from the meat to other surfaces like hands and kitchenware.

According to the 5-second rule, food that falls on the floor is still safe to eat if picked up within a 5-second window. A research group published in the American Society for Microbiology Journal that the transfer of harmful bacterial is almost instantaneous in foods with high moisture content, like watermelon.

Gummy candy had the lowest bacterial transfer. And the surface food is dropped on factors into its transmission level. Foods dropped on carpet have less transfer than food dropped on wood or tile.

Aside from abiding by the 5-second rule, even experienced home cooks often make cooking mistakes. The most common mistake was adding too much salt or season. Responders said they are more likely to over-season food than under-season. Over 50% of people said they’re likely to forget an ingredient and just under 50% said they have forgotten to turn on the stove or oven before cooking.

Over 15% of respondents said they’ve started a cooking-related fire, with women and baby boomers more likely to ignite a fire while cooking.

Food poisoning was the least common cooking mistake, but male respondents said they were more likely to give themselves or another food poisoning than ignite a cooking-related fire.

According to the study, over 46% of respondents said they found an item, such as hair, in a meal they’ve cooked. Generation X admitted to most likely drop an item that isn’t food into a dish.