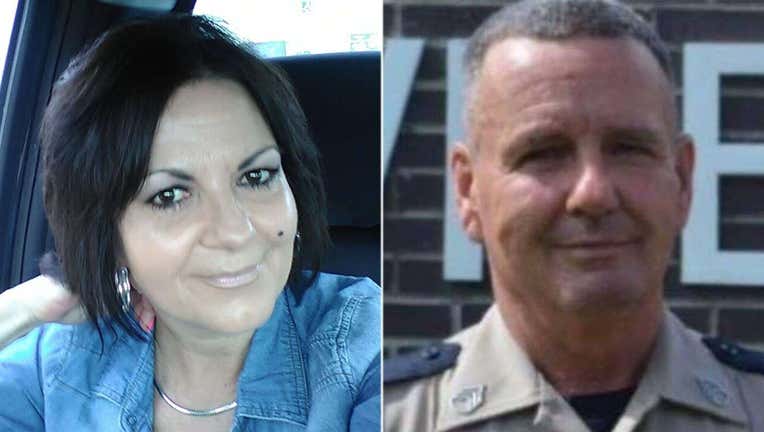 A sheriff's deputy and his wife in Mississippi are among the dead after a tornado struck on Easter Sunday, part of a widespread deadly storm system leaving devastation across the South.

The Lawrence County Sheriff's Office said on Facebook that Deputy Robert Ainsworth and his wife, Paula, were killed in their home when the deadly storms moved across the state.

"Robert left this world a hero, as he shielded Mrs. Paula during the tornado," the sheriff's office said. "He was a very valuable employee and will be greatly missed."

According to officials, Robert was a United States Marine Corps veteran and a long time employee of the Lawrence County Sheriff’s Office.

"Please remember to pray for LCSO along with their families during this tragedy," the department said.

"Rest In Peace, Brother. We have the watch from here," the sheriff's office said. "Job well done, Sir."

Mississippi's death toll rose to 11 early Monday, the state's emergency management agency tweeted, with deaths reported in several counties after the storms struck. At least seven deaths were reported in Georgia, according to FOX5.

“This is not how anyone wants to celebrate Easter,” said Mississippi Gov. Tate Reeves, who declared a state of emergency Sunday night. “As we reflect on the death and resurrection on this Easter Sunday, we have faith that we will all rise together.”

Andrew Phillips told the Associated Press he went into a closet-sized “safe room” with his wife and two sons after watching an online Easter service because the coronavirus pandemic forced their church to halt regular worship. Then, a twister struck, shredding their house, meat-processing business and vehicles in rural Moss, Miss. The room, built of sturdy cinder blocks, was the only thing on their property left standing.

“I'm just going to let the insurance handle it and trust in the good Lord,” said Phillips.

The storm system that created the damage in Mississippi is blamed for an outbreak of tornadoes across the South that's left at least 20 dead.

Fox News Senior Meteorologist Janice Dean said Monday as a cold front sweeps across the eastern U.S., conditions will improve by Monday night, but the threat of severe weather remains for parts of Georgia, Florida, and up toward the Carolinas into Virginia.

In Georgia, a reported tornado lifted a house and dropped it in the middle of a county road as the storms struck early Monday. 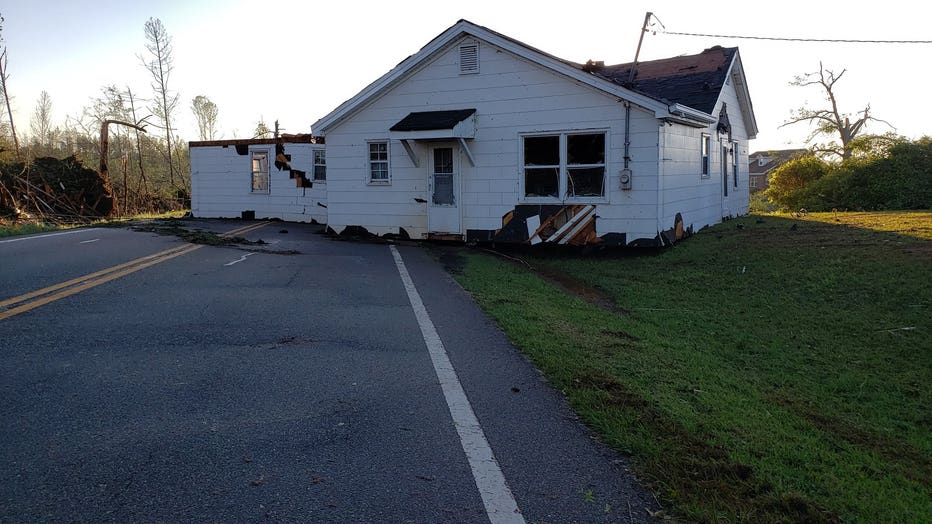 This house was pushed into the middle of HW 74 in Upson County, GA. (Source: Paul Milliken/FOX 5 Atlanta)

The storm system is also bringing the threat of fierce winds to the Northeast, the epicenter of the nation's coronavirus outbreak, where the medical response has included tents that forecasters warn "could be damaged" by the gusts.

"So, the next several hours are going to be critical," she said on "Fox & Friends." "These storms are going to weaken, thankfully, but we still have many hours to go."