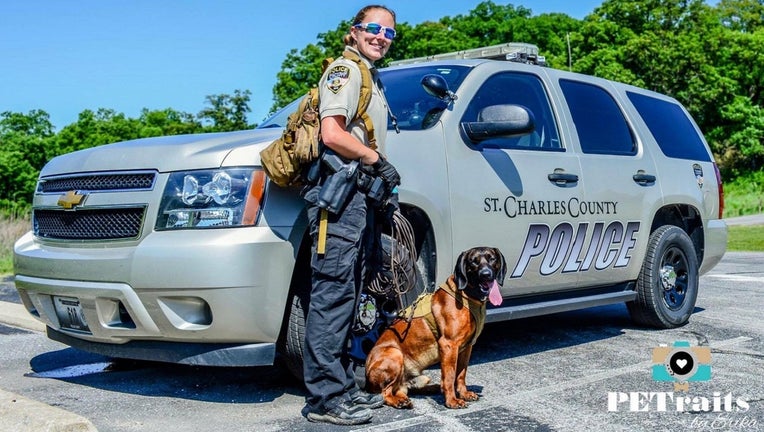 (FOX NEWS) - A Missouri police dog was gifted a protective vest Saturday during a "Dogtoberfest" celebration.

Tank, a St. Charles County police dog was gifted the vest by Erika Sinner, a local photographer, and Dogs on Duty, an organization that helps "raise money to provide tools and equipment such as Kevlar Bullet Proof Vests to protect police dogs," its Facebook page stated.

Sinner raised the $1,000 needed for the protective wear by selling t-shirts, KMOV reported.

"Canines don't have the protection that they need because of budgets within different municipalities so I thought we should be helping. They're front line, they go out first with their officers and they protect their officers. So we thought it was important they do it," Sinner told KMOV.

Sinner says she and other organizers plan to continue raising money for K-9 ballistic vests for other police dogs in need.