KINGMAN, Ariz. - More than $12 million in cocaine and methamphetamine has been seized during a traffic stop in northwestern Arizona, authorities say.

With assistance from drug-sniffing dogs with the Arizona Department of Public Safety and Mohave County Sheriff's Office, detectives reported finding 370 pounds of cocaine and 220 pounds of meth in the big rig.

Authorities say the drugs have a combined street value of about $12.7 million.

Bullhead City police say two men have been arrested and booked into the county jail in Kingman on suspicion of transporting dangerous drugs and having drugs for sale. 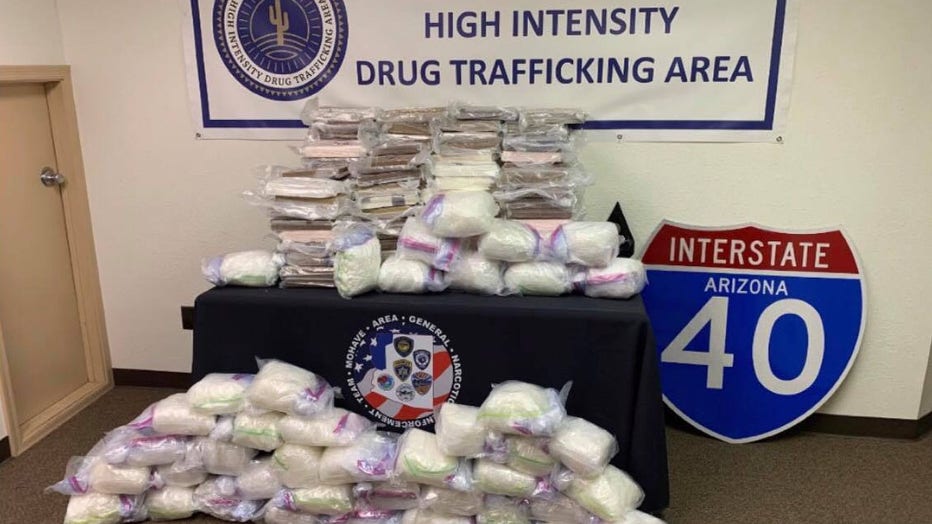