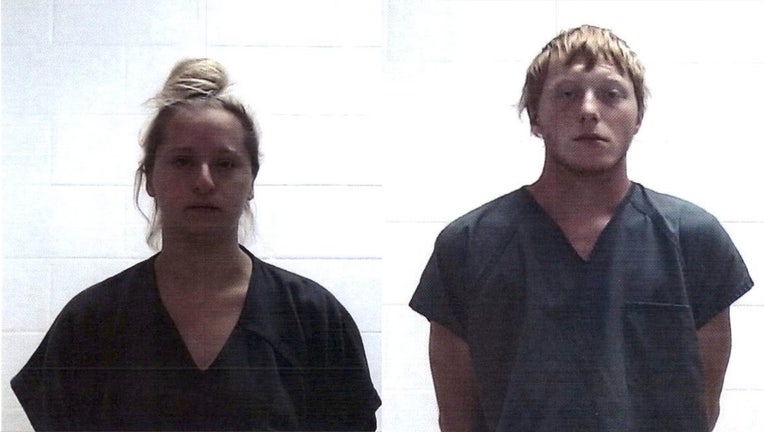 The mother of a 3-year-old boy whose death was deemed "suspicious" and her boyfriend have been arrested, the Liberty County Sheriff’s Office says.

Lisa Marie Davis, 27, and Elmer Powell, 21, were arrested on a warrant out of Justice of the Peace Pct. 4 Judge Larry Wilburn’s office charging both with false report to a police officer, officials say.

The sheriff’s office did not provide any further details on the allegations against them.

Davis is the mother of 3-year-old Jace Davis, who died early Saturday morning. The sheriff’s office says the boy’s death was considered "suspicious", and it remains under investigation pending the results of an official autopsy report.

What happened to Jace Davis?

According to the sheriff's office, deputies received a call around 5:30 a.m. Saturday when the mother's boyfriend called dispatch in distress. During the call, he described the child as "gagging."

Investigators said the child was in a recliner chair at a home in CR 3792 in far north Liberty County, where emergency medical responders arrived and performed CPR all the way to the Kingwood Hospital.

The child was pronounced dead at the emergency room.

Officials have not released the boy’s cause of death and say an autopsy is being conducted.