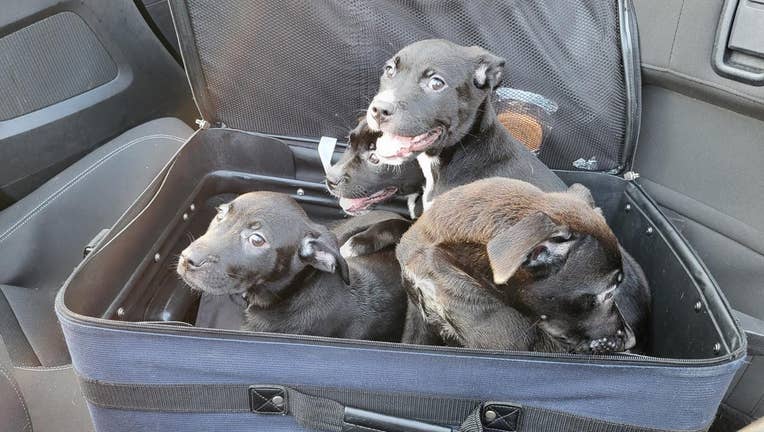 GUILFORD COUNTY, N.C. - A bizarre scenario played out in North Carolina that led to the rescue of four puppies.

The Guilford County Animal Services said on September 17, some good Samaritans saw a suitcase that was "moving" along the side of the highway and stopped.

They noticed the luggage was zipped except for one small part. That's when they discovered the puppies inside.

"They were shocked as to what they found, and immediately brought them to the shelter," animal services officials posted on Facebook.

County officials said the puppies will be medically evaluated and should be up for adoption, or rescue, soon.

Puppy fostered by firefighters that saved him

The puppy will be fostered by Mike Thawley, a firefighter with the Sacramento Fire Department until he finds his fur-ever home.

According to The News & Observer, the puppies are all females, 10 weeks old  and are believed to be Labrador/pit bull mixes. Shelter officials gave them suitcase names such as Tumi, Samsonite, Stowaway, and Carion, according to the outlet.

No word on exactly which highway the rescue took place. Greensboro, North Carolina, is the county seat.