PHOENIX (FOX 10) - Investigators, with help from the NTSB, are still trying to determine who exactly was on board a diving boat that caught fire in the middle of the night along the California coast, and want went wrong.

As of Tuesday, more than two dozen people are believed to have been killed in the fire, and FOX 10 has learned that a Valley couple was believed to be part of the diving expedition.

Officials haven't named any of the victims, but FOX 10 has spoken with residents in Ahwatukee who said friends were two of the people on board that boat.

Law says her neighbors, Neal Baltz and Patricia Beitzinger, were on the boat. The dive boat, called Conception, had 33 passengers and six crew members on board, and officials say the fire broke out Monday morning and trapped people sleeping below deck. Officials say the escape hatch was blocked.

Five crew members sleeping above deck escaped, and the Coast Guard has suspended the search for the remaining unaccounted passengers.

"It is never an easy decision to suspend search efforts," said Cpt. Monica Rochester with the U.S. Coast Guard. "We know this is a very difficult time for family and friends of the victims."

The missing are presumed dead, and the surviving crew are slated to give witness statements. 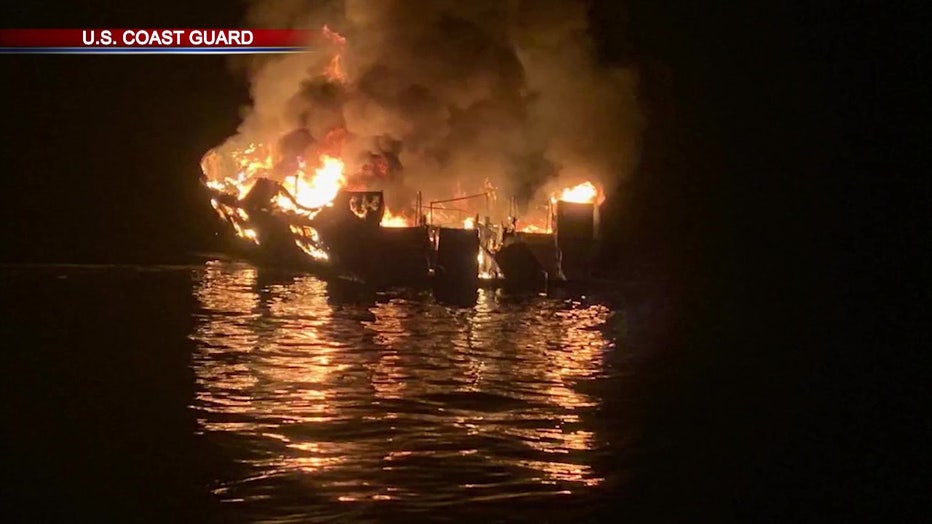