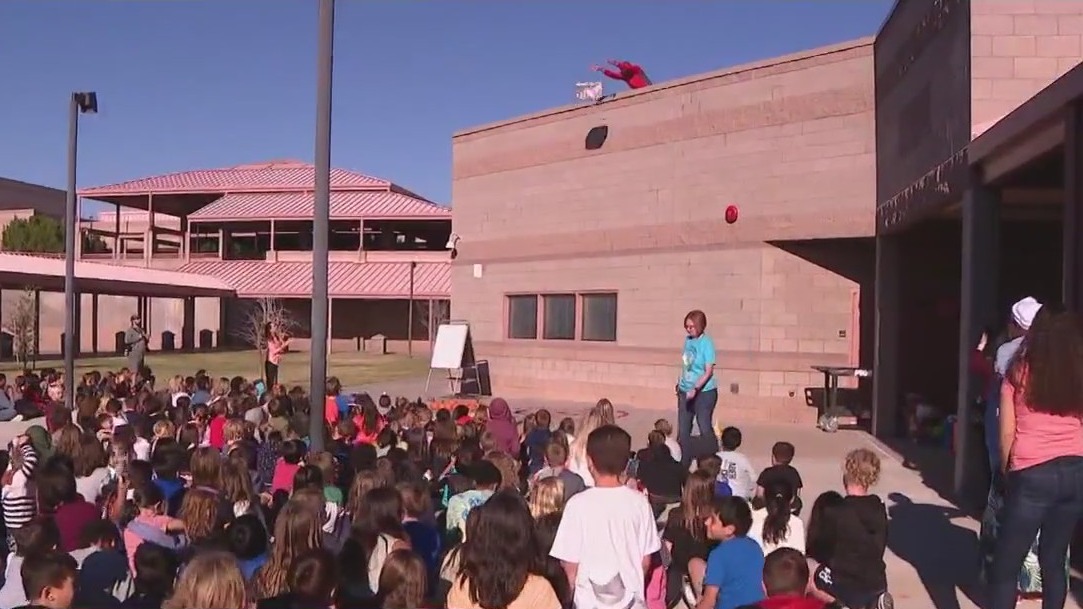 On Halloween, students at an East Valley school took part in a STEM project that seems rather suited for the occasion. FOX 10's Danielle Miller reports.

It's not just humans who love a good pumpkin - javelinas are also out looking for a sweet treat! Chris Maxedon shared video of the animals eating up his family's Halloween decorations at his Ahwatukee home.

Phoenix Police say the incident happened on Oct. 13 after a search by school administrators led to the discovery of the gun.

From Oktoberfests to monster trucks to Jamaican food, here's a few fun events happening in the Phoenix metropolitan area this weekend.

A boutique that aims to help students in need at the Tempe Union High School District is expanding to a new high school in Ahwatukee. FOX 10's Danielle Miller has more on Threadz Boutique.

More Phoenix-area freeway closures and restrictions are set to go into effect this weekend while Arizona Dept. of Transportation crews work on a variety of repairs and improvement projects.

Neighbors reported hearing gunfire at around 10 p.m. on May 8 near 44th Street and Windsong Drive.

An Ahwatukee family is pushing for a proposed law called 'Right to Try for Individual Treatments' after they had to travel abroad to get medical care for their daughter who suffers from a rare disease. FOX 10's Stephanie Olmo reports.

It turned into an electrifying night for an Ahwatukee neighborhood after an electrical pole went up in flames during a storm.

When officers arrived at the scene, they found 18-year-old Anthony Covarrubias with gunshot wounds. He was taken to a hospital where he died from his injuries.

“As he was being placed into handcuffs, Robert [Kistner] stated that he had shot his mother two times,” Phoenix Police Sgt. Philip Krynsky said in a statement.

DPS says the driver investigated for DUI following a fatal crash on Loop 202 in Ahwatukee was booked into jail. He accused of manslaughter and aggravated assault.

The investigation began after a shooting was reported at an apartment near 34th Street and Chandler Boulevard at 4 p.m. on Jan 1.

A terminated Phoenix Police officer who was involved in the shooting of a 40-year-old Ahwatukee man in 2020 has been reinstated as a police officer, according to police officials.

The Cardinals are undefeated thus far – of course, it's because they're that good, but one Phoenix restaurant owner thinks the unique food some of the players are eating is helping them maintain their winning streak.

Two school districts in the Phoenix area will reportedly not receive federal grant money, after Governor Doug Ducey's office determined that they were not in compliance with state law, and therefore not eligible for the money.

A domestic violence situation ended in the violent death of a wife and husband in Ahwatukee Foothills Village near Loop 202 and 17th Avenue.

Macayo's kicked off its three-day 75th anniversary celebration by making a 25-foot-long chimichanga in an attempt to defeat the Guinness World Record for largest chimichanga ever made.

“Initial reports were that the entire second floor apartment was consumed with flames and firefighters had to take quick action to keep it from spreading,” said Capt. Scott Douglas.