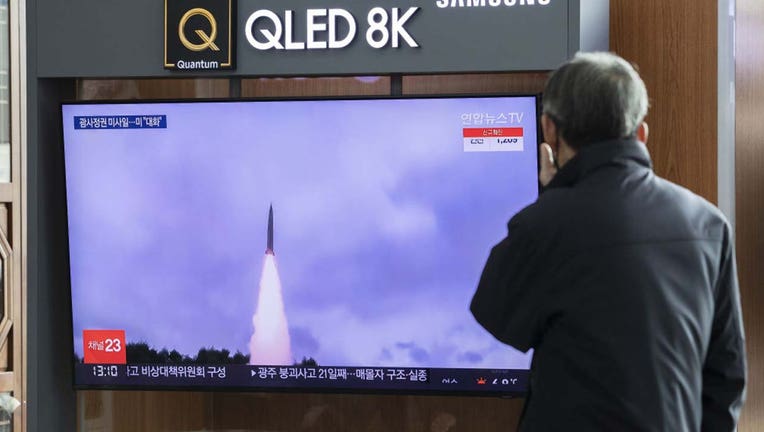 North Korea on Tuesday touted its military capabilities, including a missile it claimed could strike the U.S. and "shake the world."

"In today's world where many countries waste time dealing with the United States with submission and blind obedience, there’s only our country on this planet that can shake the world by firing a missile with the U.S. mainland in its range," a statement by the Foreign Ministry said, according to Reuters. "There are more than 200 countries in the world, but only a few have hydrogen bombs, intercontinental ballistic missiles, and hypersonic missiles."

Pyongyang created the Hwasong-15 in 2017 and has not tested it, but the Foreign Ministry cited it as a vital weapon in its arsenal. The Hwasong-15 supposedly is the country’s longest-range intercontinental ballistic missile (ICBM) and is believed to have the range to strike the U.S.

January marked a significant increase in testing activity as Pyongyang launched seven missiles in the first month of this year – more than it tested during all of last year. Those tests included a supposed hypersonic glide vehicle and the intermediate-range ballistic missile Hwasong-12.

Only China and Russia have otherwise completed supposed tests on hypersonic glide vehicles, which would prove difficult for current U.S. systems to track after launch due to its heightened maneuverability at lower altitudes.

But Kim has discussed the possibility of backtracking on that moratorium in response to recent U.S. sanctions, which targeted five North Korean officials living outside the country who assisted in the acquisition of materials for and the development of possible hypersonic glide weapons.

The U.S. first hit North Korea with sanctions over weapons tests and nuclear activity in 2006.

A State Department spokesperson called North Korea a threat to international peace and security as well as global nonproliferation efforts.

"The United States has a vital interest in deterring (North Korea), defending against its provocations or uses of force, limiting the reach of its most dangerous weapons programs, and above all keeping the American people, our deployed forces, and our allies safe," the spokesperson told Reuters.