An El Mirage woman suffered a pulmonary embolism while walking dogs and an off-duty paramedic found her just in time.

EL MIRAGE, Ariz. - An El Mirage woman met her hero on Wednesday for the first time after she collapsed nearly two weeks ago while walking dogs after suffering from a pulmonary embolism.

She's excited to thank the man who saved her.

Ruby McCoy says her life was saved thanks to an off-duty paramedic who happened to drive by and see her laying in the street.

Some would call it coincidence on May 24, but McCoy says she believes it was meant to be.

"He’s a guardian angel," she says.

"She was lying face up. Her head was right near this crack," he said. He was driving home just as he was getting off of work.

Timperano quickly rushed over and felt her pulse, which staggered at first, and then quite suddenly stopped.

Eventually, her pulse came back. When the ambulance got there, Timperano filled the other paramedics in on everything he had done.

Now, less than two weeks later, McCoy and Timperano got together under much better circumstances. 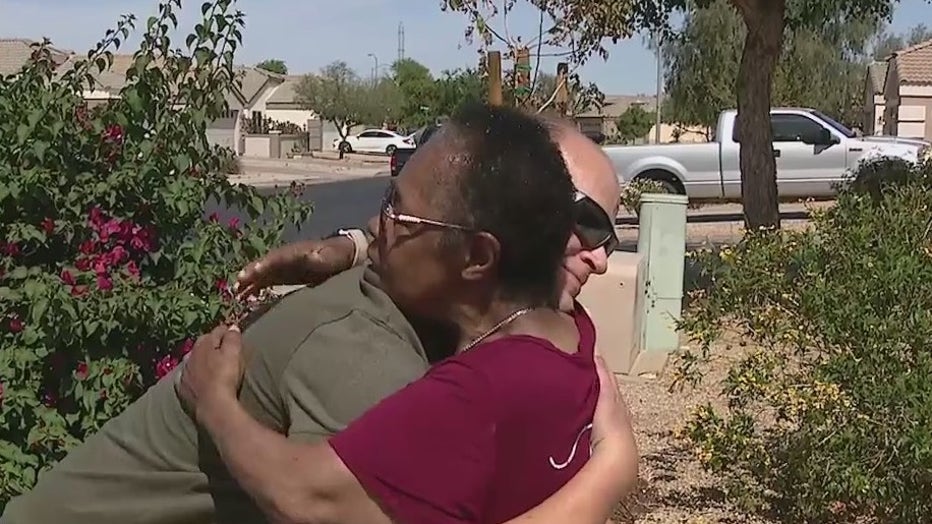 "I got a new lease on life," she said. "You never know who's the angel or who's crossing your pathway."

Without a doubt, she says, her angel that night was Timperano.

"All that he’s done to help me and others and I appreciate it. God bless you," she said to Timperano.

She's grateful for each and every day because as she puts it, "No day is guaranteed."