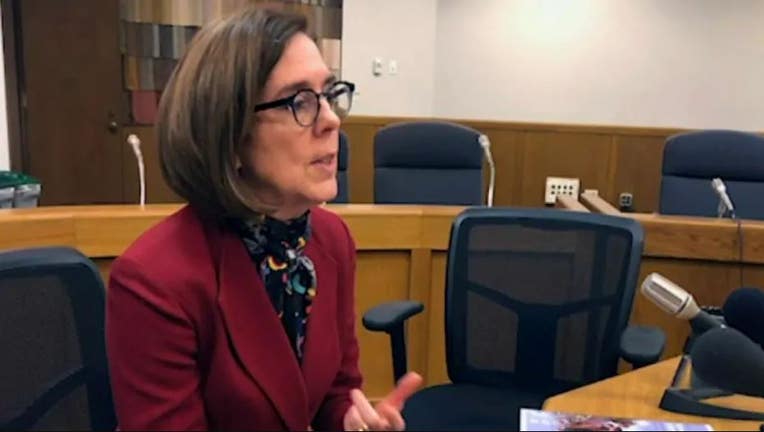 SALEM - As the nation cracks down on group activities so close to the Thanksgiving holiday, Gov. Kate Brown, a Democrat, has told Oregon's residents to call the cops if they see coronavirus violations.

“This is no different than what happens if there's a party down the street and it's keeping everyone awake,” Brown said in an interview Friday. “What do neighbors do [in that case]? They call law enforcement because it's too noisy. This is just like that. It's like a violation of a noise ordinance.”

The governor ordered a two-week freeze that includes limiting indoor and outdoor gatherings to no more than six people from no more than two households in an effort to curb the spread of the coronavirus.

Violators could face up to 30 days in jail, up to $1,250 in fines, or both, the Oregonian reported. Brown said she would work with state police and local law enforcement to encourage Oregonians to comply with her mandate.

The order does allow faith-based gatherings of up to 25 people indoors and 50 people outdoors.

New confirmed and presumptive cases of COVID-19 have reached a record high for the third straight day in Oregon, state officials announced Sunday.

“Oregon is on a steep and stark slope of rising coronavirus cases,” said Patrick Allen, director of the health department. “But we aren’t powerless in the face of this virus. Because it depends on us to slow the spread. Your choices make a difference.”

The state reported one additional death from COVID-19 on Sunday, a 65-year-old man in Multnomah County who tested positive Nov. 15 and died the same day. That brings the state’s death toll to 820.

Allen urged residents to cancel indoor Thanksgiving plans and those that involve large groups of family and friends.