PHOENIX - Phoenix Police are investing after one person died following a crash involving a motorcycle.

The crash happened on Saturday at 4:30 p.m. near 17th and Glendale Avenues. Officers said 26-year-old Ronald Osterman was traveling eastbound on Glendale Ave. when a Chevrolet Silverado driven by a 69-year-old man pulled out in front of the motorcycle and the two collided. 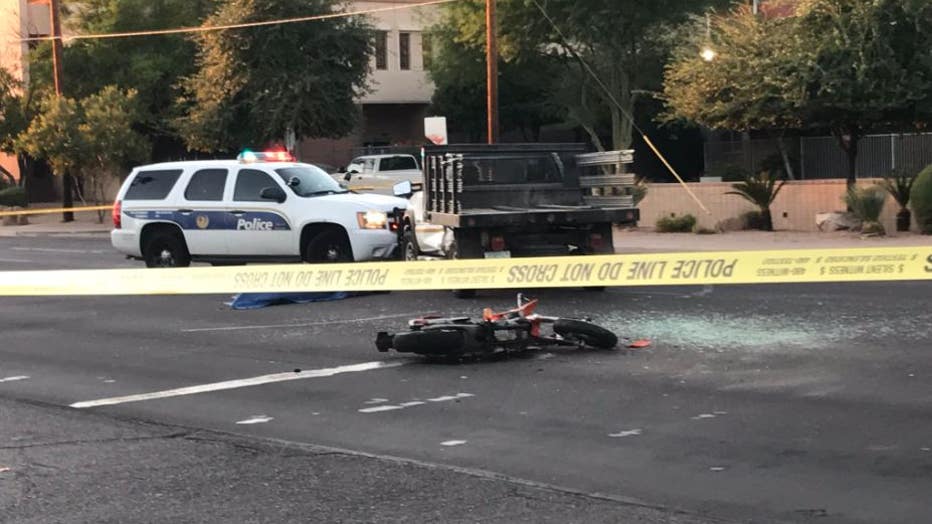 Police say Osterman was pronounced dead on the scene. The driver of the truck was not injured.

Police say the driver of the truck was determined not to be impaired. The investigation is ongoing.