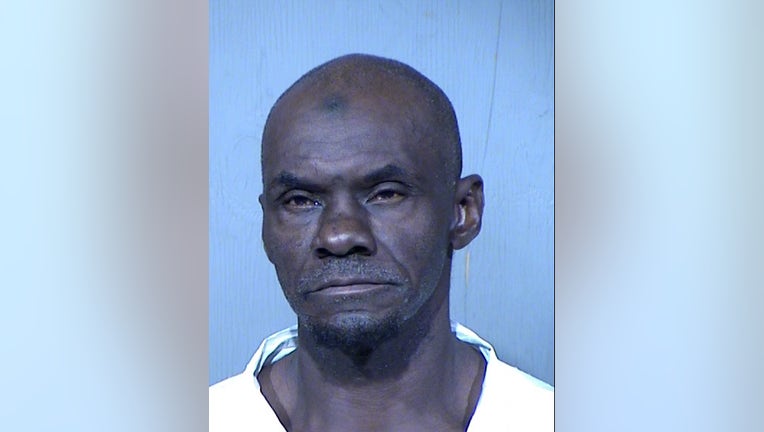 Police say Friday night a man and a woman were walking from a store near 40th Street and McDowell Road when the suspect walked up to the woman from behind and stabbed her. The man saw his girlfriend had been stabbed and tackled the suspect when he was stabbed multiple times.

Police say the woman ran across the street to a nearby apartment complex for help. Officers on an unrelated investigation heard her screams and responded to the area to find the suspect standing over the man holding a knife.

Officers arrested 59-year-old Gregory Cudjo without any issues. The couple was taken to a hospital in critical condition.

Investigators believe the victims were involved in a dispute earlier in the day with the suspect.