According to Scottsdale Police, 41-year-old Yolanda Rochel was arrested on April 14 after investigators say she tried to sell items that were stolen from a Montblanc store inside Scottsdale Fashion Square mall during the riots on May 30-31 of last year.

Rochel was booked into jail and is accused of theft and trafficking stolen property. Police say merchandise valued at $6,370 was recovered.

On April 16, 20-year-old Nicholas Dowd was arrested after investigators say he broke into an AT&T store located near Scottsdale and Camelback Roads during the riots.

Following his arrest, Dowd was booked into jail and released. No stolen property was recovered. 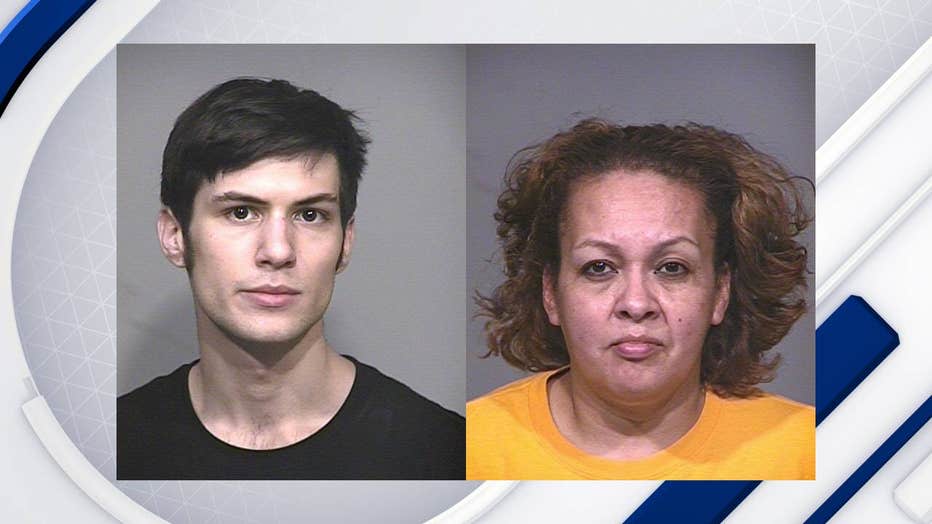 Officials say hundreds came to the mall on May 30 under "the guise of protesting police violence." At the time, there were protests across the country and in Phoenix amid growing controversy over the death of George Floyd, an unarmed black man who died while in police custody in Minneapolis.

On April 20, former Minneapolis police officer Derek Chauvin was found guilty of all charges in connection to Floyd's death.

On the night before the riot on Scottsdale, unrest in Phoenix, sparked by the death of Floyd as well as a man who was shot and killed by a DPS trooper on May 25, result in damages to various Downtown Phoenix buildings.

"While some may have indeed come to join what they believed would be a peaceful protest, what occurred was neither peaceful, nor a protest," wrote Scottsdale Police in May 2020. "It was a riot that saw several dozens of individuals collectively damaging property at and near the mall, breaking into businesses and looting the interiors."