Man dies after being found shot in Phoenix apartment

PHOENIX - A suspect is on the loose after a man died after being shot at a Phoenix apartment complex.

According to Phoenix Police, officers responded to the scene at about 7:30 p.m. on July 21 near 12th Street and Campbell Avenue after witnesses reported hearing shots fired inside an apartment.

The 34-year-old victim was transported to a nearby hospital by firefighters where he later died.

"It was learned that the victim was shot inside of an apartment by the suspect and the suspect fled prior to police arrival," Sgt. Mercedes Fortune said in a statement on Thursday. 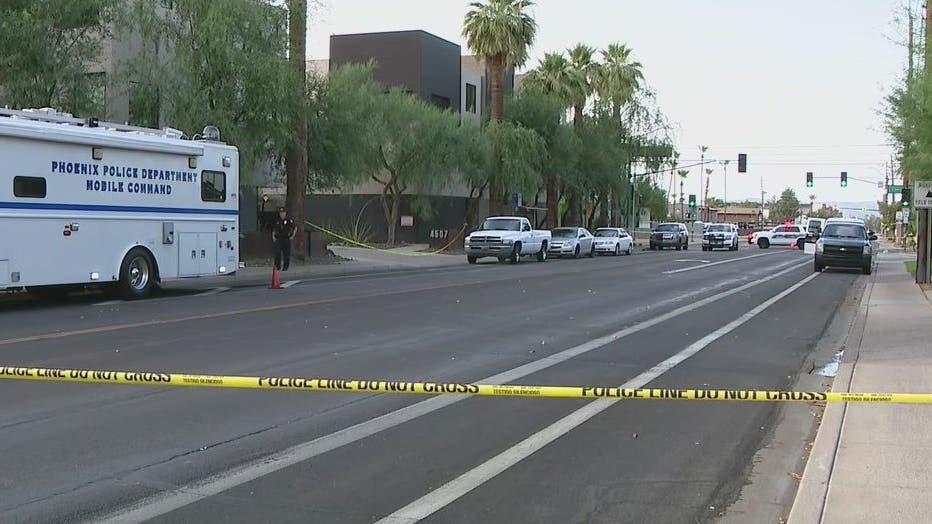 A suspect is on the loose after a man died after being shot at a Phoenix apartment complex.