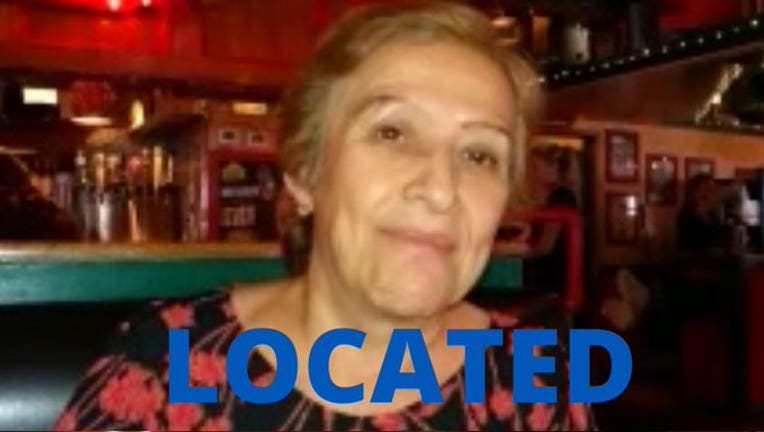 CHANDLER, Ariz. - A 65-year-old Chandler woman with autism who had her dog with her when she went missing has been found, police said early Wednesday morning.

Esther M. Rodriguez and her Chihuahua named "Honey" were found just after midnight near Alma School and Warner Roads, the Arizona Department of Public Safety said.

"She and her Chihuahua are being reunited with family," Chandler police tweeted on March 3.

Rodriguez was reported missing after she was last seen walking on Tuesday near Evergreen Street and Warner Road.